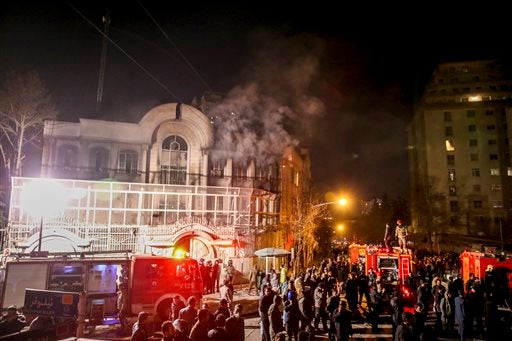 Zeid Raad al-Hussein says the execution Saturday was “a very disturbing development indeed, particularly as some of those sentenced to death were accused of non-violent crimes.”

He says international law only permits the death penalty in cases where the crimes committed are considered “most serious” and human rights bodies have consistently defined those as being “being restricted to murder and other forms of intentional killing.”

In a statement Sunday, he questioned whether due process had been observed during the trials of those executed, all of whom were convicted of terrorism charges.