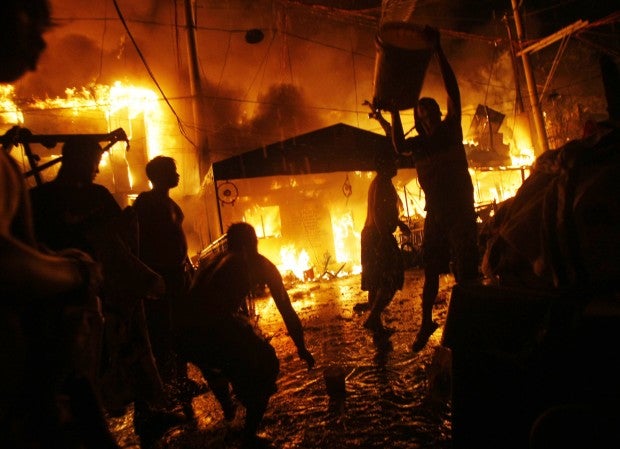 Residents help firemen battle a fire as Filipinos welcome the New Year at a poor neighborhood of Tondo in Manila, Philippines Friday, Jan. 1, 2016. The cause of the fire is still under investigation but a number fires that occurred in the raucous New Year celebrations in the country are attributed to firecracker explosions. (AP Photo/Linus Escandor II)

After almost six hours, the fire that gutted almost 1,000 houses in Tondo, Manila has been put out, a Manila fire officer said Friday.

Superintendent Jaime Ramirez, Fire Marshall of the City of Manila said the fire along Barangay 155 and 160 was put out 9:59a.m.

Aside from Dagupan Extension, areas affected by the fire that started at 3:05 a.m. are Raja Bago and Maria Guizon Streets.

Ramirez said a Barangay Tanod said that a wayward firecracker called Kwitis has caused the fire.