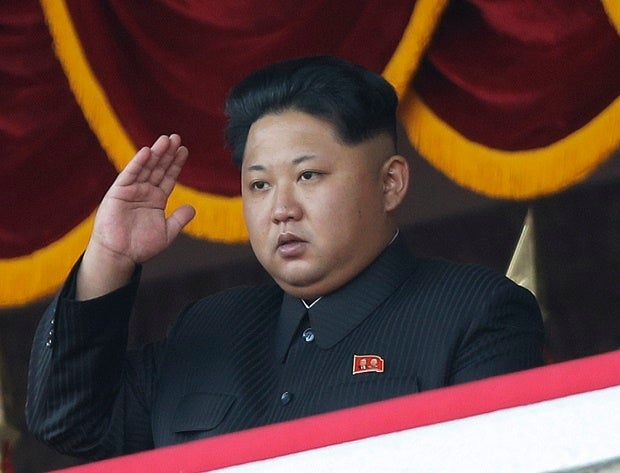 SEOUL, South Korea — North Korean leader Kim Jong-Un said raising living standards was his number one priority as he spoke in an annual New Year’s address on Friday that avoided any explicit reference to the country’s nuclear weapons program.

There was a mention of the importance of developing “varied” military strike options, but the thrust of the 30-minute televised speech was economic development in the isolated, cash-strapped state.

“The Workers Party of Korea gives top priority to the issue of improving people’s living standards among millions of other national tasks,” Kim said.

“We must create a turnaround in economic development,” he said, stressing the need to improve production and efficiency in a range of sectors from energy to agriculture, livestock and fisheries.

Kim has issued similar calls in his three previous New Year addresses and, as on those occasions, Friday’s speech offered little in terms of specific policy for achieving his economic objectives.

Since taking over power following the death of his father Kim Jong-Il in late 2011, Kim has prioritized economic development in a way that his father, with his “military first” policy, never did.

In his very first public address, at a military parade in April 2012, Kim had said he was determined that North Koreans would “never have to tighten their belts again.”

He has relaxed some controls on farmers and state-run firms, and set up more than a dozen special economic zones.

And a closely monitored but tolerated grassroots capitalism, born out of a spirit of survivalist self-sufficiency that got many through the catastrophic failure of the state distribution system in the famine years of the mid-to-late 1990s, has given rise to a growing entrepreneurial class.

But the North remains a deeply impoverished country with a gross national income estimated at just 2.3 percent of the South’s.

And there is a stark urban-rural divide in living standards, with malnutrition still a serious problem in the countryside.

It was Kim’s fourth New Year address, after he revived the tradition started by his grandfather — North Korea’s founding leader Kim Il-Sung — but discontinued during the rule of his father.

The content is always closely parsed by observers seeking clues to any shift in internal and external policymaking and the leadership’s thinking.

Friday’s speech kicked off a year that will see the first congress of North Korea’s ruling Workers’ Party to be convened for 35 years — another rare opportunity to signal any significant policy shifts or reshuffle the party leadership.

The formal party gathering — only the seventh of its kind since the official founding of the party in 1945 — will be held in May. The last congress was held way back in October 1980.