Firecracker-related injuries up to 181; 'piccolo' still most notorious | Inquirer News

Firecracker-related injuries up to 181; ‘piccolo’ still most notorious 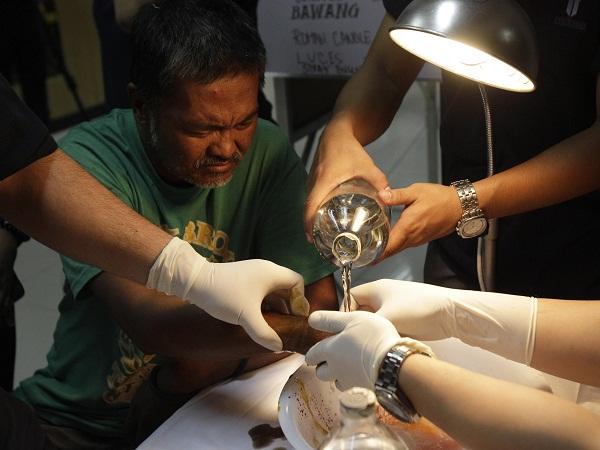 Just a few hours before 2016, the number of firecracker-related injuries in the country reached 181, with the prohibited ”piccolo” still being the top cause.

The Department of Health (DOH) on Thursday said that as of 6:00 a.m., 133 out of 181 firecracker-related injuries (73 percent) were caused by piccolo, nine due to 5-Star, six due to Kwitis, five for boga, and seven due to unknown firecrackers.

Health Secretary Janette Garin, who inspected the preparedness of three hospitals in the metropolis, appealed to the public to dispose or surrender piccolo to authorities.

Out of the 19 cases of firecracker-related injuries at Jose Reyes Memorial Medical Center, 14 were caused by piccolo and most victims were aged 18 and below.

All six cases reported at the Philippine General Hospital were also due to the said prohibited firework.

At East Avenue Medical Center in Quezon City, 24 out of 28 reported cases were also caused by piccolo.

Most firecracker-related injuries were recorded in the National Capital Region (85 cases), while majority of the victims were males (86 percent), and children less than 14 years (82 percent).

No firecracker ingestion was reported, but there was one additional case of stray bullet injury, bringing the total to four.