Roxas Blvd to be closed for Manila New Year countdown 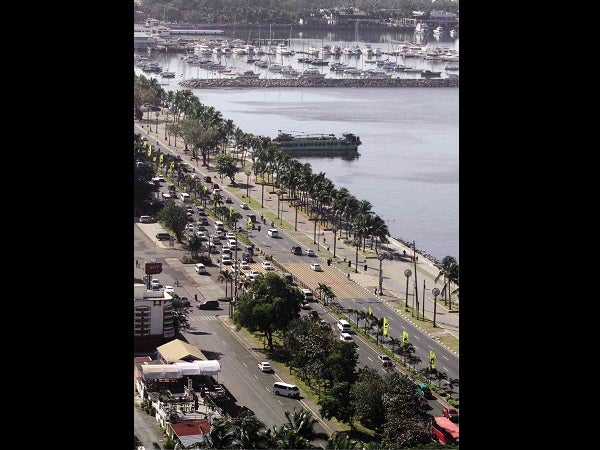 A section of Roxas Boulevard in Manila will be closed to traffic starting 2 p.m. Thursday, Dec. 31, 2015, for the city’s countdown to 2016. INQUIRER FILE PHOTO

The Manila District Traffic Enforcement Unit (MDTEU) has advised motorist that the stretch of Roxas Boulevard north and southbound lane from TM Kalaw Street to President Quirino Avenue will be closed to traffic beginning 2 p.m. today, Dec. 31, 2015 to 1 a.m. of Jan. 1, 2016.

MDTEU said the road closure would be for the “Sulong Manila New Year Countdown 2016.”

Starting 1 p.m., only the northbound lane of Roxas Boulevard will be passable in preparation for the countdown.

Motorists on Roxas Boulevard coming from the northern part of Manila/Pier zone are advised to turn left on P. Burgos Street, right on Ma. Orosa Street, right on TM Kalaw Street, then left on MH Del Pilar towards President Quirino Avenue to point of destination.

Those traveling on Roxas Boulevard from the southern part of Manila are advised to turn right on President Quirino Avenue then left to Mabini to point of destination.

Read Next
Chilly weather felt in PH in last days of 2015
EDITORS' PICK
Look Through: The fate of impounded stray dogs
House energy committee chair Arroyo bats for cheap electricity
What to watch out for when selecting a video surveillance solution
23,000 cops to be deployed nationwide for school reopening
Unleash the photographer in you this World Photography Day with vivo smartphones
DOH says COVID-19 cases plateauing, but public shouldn’t be ‘complacent’
MOST READ
Sharon Cuneta asks for prayers for friend in ICU who suffered silent stroke
Korina Sanchez reunites with former ABS-CBN co-anchors Julius Babao, Cheryl Cosim
Light therapy could be the answer to your sleep problems
Solons file resolutions seeking probe on ABS-CBN, TV5 merger
Don't miss out on the latest news and information.