Innocent man who spent 11 years on death row gets compensation 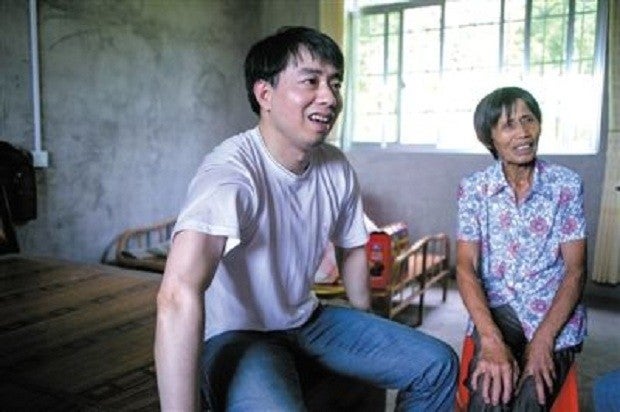 File photo of Zeng Aiyun (L) and his mother after his prison release. CHINA DAILY/ANN

CHINA – A man condemned to death three times for murder and who spent 11 years on death row before being cleared has been awarded 1.27 million yuan ($196,000) in compensation.

Zeng Aiyun, once a graduate student at Xiangtan University in Hunan province, was convicted in 2004 of murdering a fellow student and sentenced to die.

The verdict was set aside three times on appeal and new trials were ordered, but at the first two retrials, in 2005 and 2010, Zeng was again condemned to death.

Finally the Xiangtan Intermediate People’s Court exonerated him for lack of evidence at his fourth trial in July.

It awarded him the compensation on Monday, Xinhua News Agency reported.

The court found another student to be the sole killer, it added. Chen Huazhang－previously sentenced to life as Zeng’s accomplice－poisoned the victim out of jealousy, Xinhua said, and laid a false trail to implicate Zeng.

Zeng said he was not satisfied with the compensation and would go back to court once more to seek more, Beijing Times reported on Tuesday.

The case is the latest to highlight the wrongful convictions.

In a high-profile case that sparked nationwide public anger, a court in the north of the Inner Mongolia autonomous region last year cleared a man named Hugjiltu, who was convicted, sentenced and executed for rape and murder in 1996 at the age of 18.

The declaration of his innocence came nine years after another man confessed to the crime.