89% of Filipinos welcome 2016 with hope—Pulse Asia 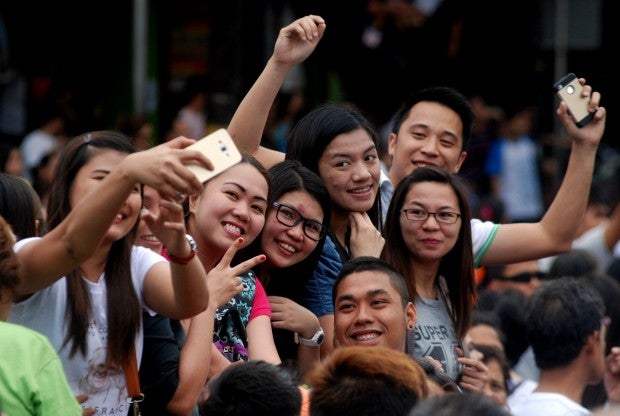 Majority of Filipinos or 89 percent are welcoming 2016 with hope, a survey of the Pulse Asia revealed.

“Hope is the predominant sentiment among Filipinos as far as the year 2016 is concerned,” the study conducted from Dec. 4 to 11 showed.

The sentiment is shared by most Filipinos across geographic areas with 85 to 95 percent and socio-economic classes with 86 percent to 92 percent.

The study surveyed 1,800 registered voters who are 18 years old and above with 2 percent error margin at the 95 percent confidence level.

In Metro Manila, residents are more inclined to be hopeful than those in the Visayas with 95 percent versus 85 percent.

However, one percent of Filipinos say they will face the next 12 months without hope.

One in 10 Filipinos expressed indecision as they could not say whether they will face the coming year with or without hope. This sentiment was slightly more pronounced in Visayas than in Metro Manila (14 percent versus 4 percent), Pulse Asia said.

In the weeks leading up to the fieldwork for this survey, Pulse Asia noted some of the following local and international issues that dominated the headlines:

-The filing of certificate of candidacies (COCs) by candidates for various positions in the May 2016 elections from Oct. 12 to 16

-The filing of COC of Davao City Mayor Rodrigo Duterte last November 27. He was also controversial for cursing Pope Francis in his speech

-The decision of the Senate Electoral Tribunal, denying the petition questioning the citizenship of Senator Grace Poe

-The Philippines’ hosting of the Asia-Pacific Economic Cooperation Summit from Nov. 18 to 19

-The Paris Climate Change Conference from Nov. 30 to Dec. 11 which resulted in the signing of a universal agreement that would hold governments accountable for their failure to limit greenhouse gas emmissions

-The terrorist attacks in Paris last Nov. 13 which killed 130 persons and injured 400. RAM

No change for Filipinos from Christmas past–survey

Read Next
Iran ships uranium to Russia under nuclear deal
EDITORS' PICK
‘NCR Plus’ to be under MECQ starting April 12 until April 30 — Palace
Pru Life UK receives four golden arrows for solid corporate governance
Pre-order the new vivo Y20s [G] to get a free TWS earphone
Malls adjust ‘NCR Plus’ operating hours for April 12-30 MECQ
Speed up your game with the new vivo Y20s [G]
Metro Manila to have shortened curfew hours from 8 p.m. to 5 a.m. under MECQ
MOST READ
Stop ‘creeping occupation’ of ‘militia’ boats in WPS, Pacquiao asks China
Bea Alonzo clarifies status of her relationship with Dominic Roque
Convicted former aide of Sen. Bong Revilla dies — BuCor
Locsin to China: ‘Then move out’
Don't miss out on the latest news and information.