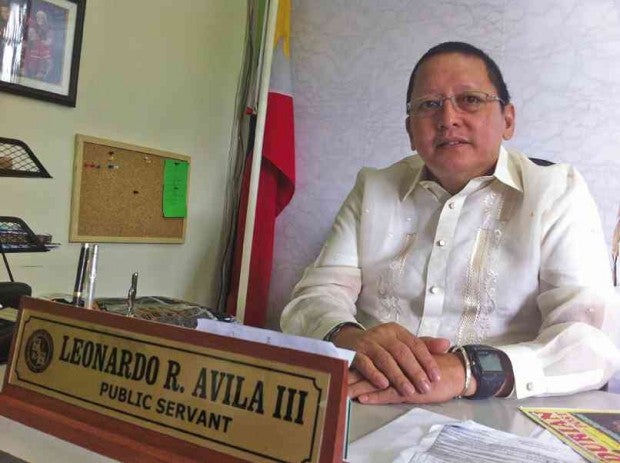 DAVAO CITY—Environment groups here mourn the passing of a city councilor, whom they call the “green champion,”  not because he authored a number of pro-environment ordinances long before green issues became a fad, but also for leading the uprooting of genetically modified Bt Talong from its test site here in 2010.

He died at dawn of Dec. 20, weeks after suffering a stroke.

He authored or cosponsored such ordinances as the antismoke belching ordinance in the city (2006), the ban aerial spray ordinance (2009), and the organic agriculture ordinance (2010), among others.

Chinkie Pelino, advocacy coordinator of the Interface Development Interventions (Idis) said before his illness, Avila was working with Idis on the formulation of the environment code of Davao City.

Farmers and families affected by aerial spraying in banana plantations in the city remember him as the one who listened to their problem and with his passing, deeply felt their loss.

“Our thoughts are with his family and kin, and we share the burden of their loss,” said Dagohoy Magaway, president of the Mamamayan Ayaw sa Aerial Spraying. “We will dearly miss him.”

Organic farming advocates remember how Avila, as former city agriculturist, implemented the order of former Mayor Sara Duterte to stop the Bt Talong field trials being held at the University of the Philippines Mindanao campus in Bago Oshiro in Tugbok district despite a strong lobby by big multinational groups.

“The death of Leo Avila will not slow down the anti-GMO (genetically modified organism) movement in Davao City, but will fuel the commitment of the people to continue what he started,” said Geonathan Barro, Mindanao advocacy officer of the farmers’ group Masipag.

“He was one of the city’s first champions for a greener Davao at a time when environmental issues did not yet figure prominently in the lens of our city’s policymakers. He set the tone and agenda for the city council to look into protecting our watersheds as a way of ensuring a greener future for the city,” Idis executive director Ann Fuertes said.

“While he faced challenges and resorted to compromises, Leo strongly worked to make Davao as green as possible through the ordinances he advocated in the city council,” said environment lawyer Mon Salas, a member of the Idis board of trustee.