Magsanoc, who led the Inquirer for 24 years, writes 30 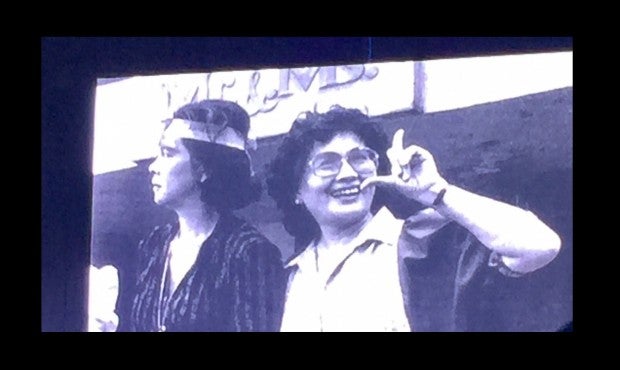 Letty Jimenez Magsanoc, the iconic editor in chief of the Philippine Daily Inquirer, passed away at the St. Luke’s Medical Center Global City on Christmas Eve.

Magsanoc was one of the founders of the Inquirer; the name of the new newspaper was her suggestion, inspired by her experience. When it launched on December 9, 1985, it was yet another addition to the so-called mosquito press struggling to report the news under the Marcos regime. But in her quarter-century as chief editor, she was instrumental in making the Inquirer the country’s leading newspaper. In 1998, a senior senator paid it the ultimate compliment, saying that regardless of what senators and other public officials did, the Inquirer’s front page set the daily agenda.

That was a direct result of Magsanoc’s human-face approach to journalism.

After serving as associate publisher and first editor of the Sunday Inquirer Magazine, she was appointed editor in chief of the Inquirer on June 14, 1991. In that capacity, she oversaw  coverage and analysis of eight national elections, five presidencies, and four impeachment crises — as well as brought her sense of magazine design to the broadsheet, infusing the lifestyle, entertainment, culture, and youth pages with her distinctive style.

READ: Aquino on Magsanoc: ‘She always spoke to me frankly’

She cringed at the phrase, but for many in the Inquirer Group and in the industry, she was a living legend in journalism.

In 1993, she received the Honor Medal for Distinguished Service in Journalism from the University of Missouri School of Journalism, where she had taken graduate studies. The “Mizzou” citation read: “In recognition of her dedication and perseverance in exposing government corruption for the people and an effective satirical and creative style that continues to grab the attention of readers.”

In 2000, she was cited by BusinessWeek international magazine as one of the 50 Asians — called “The Stars of Asia” — leading change in the world’s largest continent. That same year, she was named the Marcelo H. Del Pilar Journalism Awardee for Print by the Rotary Club of Manila (the oldest in Asia). The Rotary citation read, in part: “For her courage and vision in making the Philippine Daily Inquirer the barometer of freedom of the press in the country. For her perseverance in forging ahead with her vision in the face of pressures, commercial and political. For her inspired and aggressive editorial thrusts that have made her paper the country’s most reader-grabbing and forward-looking.”

READ: Aquino on Magsanoc: ‘She always spoke to me frankly’

In 2006, she was named, along with Inquirer founding chair Eugenia Duran Apostol, former President Corazon Aquino,  and billiards champion Efren “Bata” Reyes, among Asia’s heroes of the last 60 years by Time magazine.

And just last June, Magsanoc — Letty to friends, LJM to many — was named Journalist of the Year by the Rotary Club of Manila.