Tagle issues dos and don’ts for priests during election season 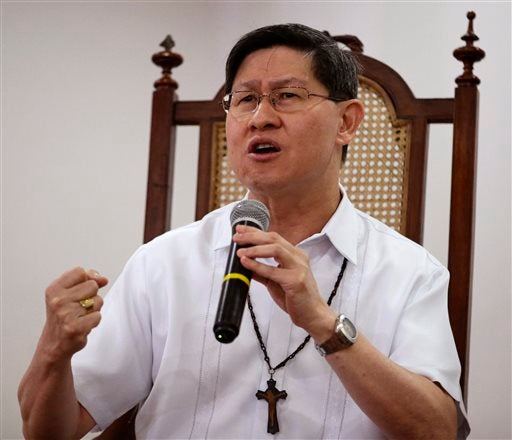 MANILA Archbishop Luis Antonio Cardinal Tagle has given priests a list of don’ts to observe during the campaign season for the 2016 elections in a circular addressed to members of the clergy in the archdiocese.

Among these reminders: Do not allow candidates to organize mass weddings. Avoid appearing in public official sorties.

“As pastors and spiritual guides, we are ministers of unity and harmony. Thus we call attention to certain practices that are best avoided so as not to bring about discord and misunderstanding in the community and society,” Tagle said.

He advised priests against celebrating Mass at political events and campaigns.

“The Eucharist is the source and sign of unity. Its celebration should not be seen as favoring or endorsing particular political candidates, organizations or parties,” he said.

However, priests may organize a recollection and covenant-signing, in which candidates from all parties are invited to come, Tagle said.

The cardinal, citing the standing policy of the Archdiocesan Liturgical Commission, also reminded lay liturgical ministers who are seeking public office to take a leave from the exercise of their ministry upon filing for candidacy.

Tagle also encourages priests to be more discerning in seeking assistance or favors from candidates and politicians so as not to endanger the integrity of the Church’s teachings and moral stance.

“It is best to avoid appearing in public political sorties and campaigns,” he said.