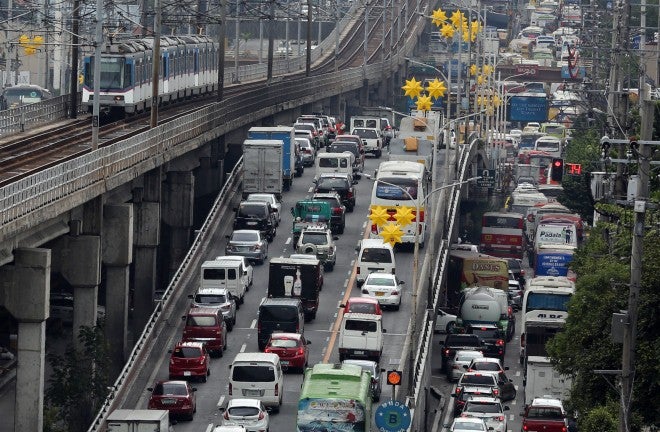 ABOUT P1.2 billion worth of projects approved by the Road Board and funded from road users’ tax collections last year were marred by “various deficiencies,” according to the Commission on Audit (COA).

“Our audit disclosed various deficiencies in the management and disbursement of the MVUC (motor vehicles users’ charge) funds,” the COA said in its audit report on the agency.

The Road Board, created by Republic Act No. 8794 in 2007, collects billions of pesos yearly from the MVUC, popularly known as the road users’ tax, imposed on vehicle owners in the country.

The agency is also tasked with bankrolling projects related to the safety and maintenance of national and provincial roads across the Philippines.

Among the irregularities cited by the COA in its 2014 audit of the Road Board was its failure to ensure the utilization of the P199-million worth of motor vehicle inspection system (MVIS) equipment that were purchased for the Land Transportation Office (LTO).

The procurement of the equipment was supposed to “provide a systematic, reliable and effective testing of motor vehicles nationwide” as mandated by Republic Act No. 4136, or the Land Transportation and Traffic Code, and Republic Act No. 8749, also known as the Clean Air Act of 1999.

“Despite prior years’ audit recommendations, the [MVIS] remained either underutilized or idle, defeating the purpose for their procurement to control and manage air pollution and thus resulting in wastage of government funds,” the state auditors said.

Instead, the board financed infrastructure projects that were “beyond its mandated functions” while other projects were either delayed or not implemented at all despite the release of funds, the COA said.

“In [approving the projects], it is but a primary concern of the government that the projects be implemented and completed on time so that the intended benefits will promptly redound to the public,” it said.

Had these projects been implemented by the appropriate government agency that had the experience and technical capability to conduct the detailed engineering required, the delays in their completion could have been avoided, the COA said.

It said two projects with a budget of P102 million had yet to start as of this month while three others worth P84 million were not finished on time.

The COA said the Road Board had yet to account for about P415 million in MVUC funds that had been suspended and disallowed by state auditors because of violations of the policies on the use of public funds.

It also noted that P463 million of the MVUC funds has remained unliquidated for more than three years after the funds were released to the Road Board secretariat, the Department of Transportation and Communications (DOTC), Department of Public Works and Highways (DPWH) and local government units.

“Due to the absence of liquidation reports … the status of projects, whether ongoing, completed, transferred or turned-over, could not be established,” the COA said.

“Moreover, it adversely affected the reliability of the reported receivables since the funds could have already been spent for projects that were implemented in prior years, but the corresponding assets/expenses remained unrecognized in the books of the concerned source agencies,” it said.

In addition, almost P263 million were spent by the DPWH offices without presenting the necessary documents to show how the funds were used, the COA said.

“As a result of the absence of complete/proper supporting documents, the propriety and validity of the … transactions [are] doubtful and subject to the issuance of a notice of suspension,” it said.

Sought for comment, Road Board Executive Director Adolfo Escalona admitted that there had been delays in the implementation of numerous MVUC-funded projects, but clarified that the board did not directly handle the infrastructure projects.

He said the projects were being implemented by agencies that were under or attached to the DOTC, like the LTO, and the DPWH.

“We are always guided by the board of directors and all the projects that we had funded were all approved by them. The projects were also consistent with the implementing rules and regulations of the Road Board,” Escalona said in a phone interview.

Escalona said the completion of the projects was hampered by various reasons, including delays in the “civil works” and the changes in the construction designs of the different DPWH field offices.

“That’s beyond us. Our projects depend on the work being done by the DPWH offices and other concerned government agencies,” he said.

He stressed that none of the collected MVUC funds went to “ghost” projects or were taken by Road Board officials, noting that they only “download” the approved funds to particular state agencies that had requested financial assistance.

As to the issue of the MVIS, Escalona said the multimillion-peso LTO project was started several years before President Aquino appointed him in 2011.

“But I’m already coordinating with the DOTC and the LTO to address this matter raised by the COA,” he said. “We also sent letters to offices and officials concerned regarding all other issues [contained in the COA report].”

In its audit, the COA discovered that P14 million in road users’ tax funds was unlawfully disbursed by several DPWH field offices for the payment of advertising materials, salaries of contractual employees, water consumption, telephone bills and other items which had nothing to do with road maintenance.

The collected MUVC was also illegally used to pay the monthly contributions of some DPWH personnel to the Home Development Mutual Fund, or Pag-Ibig Fund.

The COA reiterated that the law clearly states that the funds from the road users’ tax may only be used to bankroll “road maintenance and the improvement of the road drainage, installation of adequate and efficient traffic lights and road safety devices, and air pollution control projects.”

Pimentel: Road Board an ‘avenue of graft, corruption’

Read Next
Rescuers rush to boat in distress in Indonesia carrying 122
EDITORS' PICK
Google won’t accept election ads for 2022 national polls
Smart offers wireless fiber-like speeds to Filipino homes with country’s first 5G Prepaid Home WiFi
This new condo in the South will make you want to turn a new leaf
Legarda: Ending Violence Against Women, a cause for all
EJ Obiena’s coach rebuffs Patafa ‘witch hunt,’ says he never complained about pay
Jonel Nuezca, convicted ex-cop, collapses and dies at Bilibid
MOST READ
Jonel Nuezca, convicted ex-cop, collapses and dies at Bilibid
Carlos vows to let PNP personnel spend time with family during holidays, work near their home
Bongbong Marcos to face another disqualification case
US and other countries tighten travel rules over Omicron as EU urges vaccination
Don't miss out on the latest news and information.