Bottled Canadian mountain air worth P1,300 each sells out in China 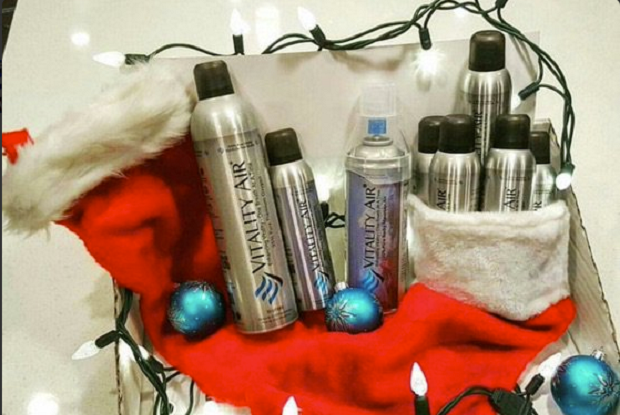 Pollution in the China is getting worse to the extent that people are scrambling to buy bottled air.

A Canadian company has struck gold in the worsening pollution in China as their product—bottled fresh air from Canada’s Rocky Mountains—sold-out “almost instantly” after offering the said product to people online.

Vitality Air’s China representative Harrison Wang said that they are running out of breath in meeting the demands for fresh Canadian air.

“It’s been a pretty wild ride for us as we only started to market the product a month and a half ago. We got the website up and running, then put Vitality Air on Taobao—a Chinese website similar to eBay for online shopping—and we sold out almost instantly,” Wang told Mail Online on Tuesday.

Wang said that their first shipment of 500 bottles has since been sold-out and that they are now looking forward to ship 700 bottles to the mainland in the next two weeks.

On its website, VitalityAir said that it strives to “provide a premium quality necessity that isn’t always available: fresh, clean air.”

Some users of the products claim that they have been relieved of heavy breathing and dizziness after using VitalityAir’s “premium oxygen.”

Last Dec. 7, Beijing’s health officials issued a red alert on the air pollution in the capital city after readings of the hazardous airborne particle PM2.5 exceeded 900 micrograms per cubic meter.

The red alert in Beijing, which lasted for three days, forced the suspension of classes in the capital and the imposition of an odd-even car ban scheme. AJH/RAM