Roxas to Duterte: Get ready to rumble 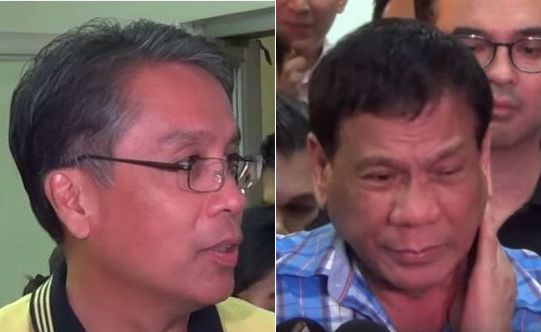 Duterte had earlier said that he would slap Roxas should their paths cross after the former Interior secretary said Davao City’s low crime rate was a “myth.”

The tough-talking mayor hit back at Roxas, saying it was his economics degree from Wharton, which is a myth.

Roxas then dared Duterte to slap him if he could prove that his Wharton degree is fake.

READ: Roxas to Duterte: Slap me if you can prove my Wharton degree is fake

Without backing down, Duterte said he was ready to go to Araneta in Cubao for their slapping match.

Roxas, who gave his address in Cubao, said he would wait for the mayor.

He said he would just focus on issues, adding that he was against bullies and would always uphold the rule of law.

Duterte has been known in Davao City for his iron-clad leadership. JE/AC

WHO expects to have more information on Omicron transmission ‘within days’