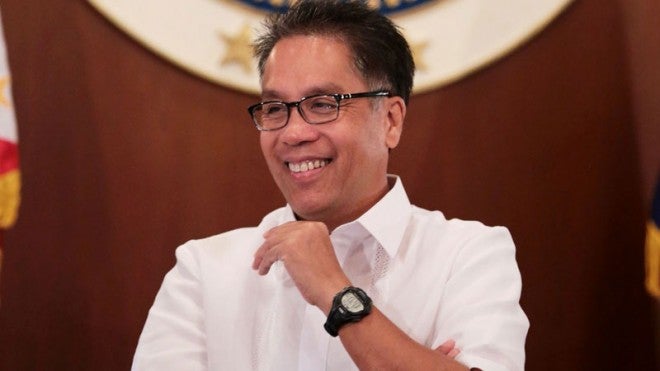 The camp of Liberal Party standard-bearer Mar Roxas reacted with incredulity at the claim of Davao City Mayor Rodrigo Duterte that Roxas’ economics degree from the University of Pennsylvania’s Wharton School was a lie.

“Mar Roxas’ credentials are well-documented. I am shocked that anybody would make such a claim,” said Team Daang Matuwid coalition spokesperson and Akbayan Rep. Barry Gutierrez.

“It seems Mayor Duterte is confused about reality,” Gutierrez said in a phone interview.

Duterte questioned Roxas’ credentials after the ruling party’s presidential candidate said in a statement that peace and order in Davao City was a myth.

“He said the peace and order in Davao City is a myth. I’d like to ask the presidentiable, you claim that you have graduated from the Wharton School, that is a myth,” Duterte said on his Sunday television program, “Gikan sa Masa, Para sa Masa.”

“Your name is not on the list of those who graduated from a four or five-year degree course, ask Wharton,” Duterte said.

“Show me [a picture] of you wearing a toga at Wharton, with your mother, on your graduation,” Duterte said.

“Besides, it’s not for you to say that [Davao City’s peace and order is a myth]. It’s for the Davaoeños to say what it is all about. I never claimed to be the author,” he said.

He dared Roxas to take a survey among the police at Camp Crame about the crime incidence in Davao City, and if proven wrong, he would withdraw his candidacy and campaign for Roxas for the presidency.

Calling Duterte’s statement a bluff, Gutierrez said: “Can I make a counter challenge? If Secretary Mar can produce a graduation photo, will Mayor Duterte produce the names of the people he claims to have killed?”

Roxas, a former investment banker in New York before entering politics, graduated from the Wharton School of the University of Pennsylvania in 1979.

An official university archives webpage actually lists him among the school’s notable alumni “who have served in notable positions in foreign governments,” along with the late Sen. Raul Roco, who completed his Masters of Laws in 1975. (The URL is http://www.archives.upenn.edu/people/notables/political/pennworld.html).

The roster was researched, compiled and presented by economics graduate Scott W. Hawley in partnership with the University Archives and Records Center.

The webpage, which bears the university’s official domain name, was published in August 2002 and last updated in July of that year, thus not reflecting the fact that Roxas was no longer trade and industry secretary, and Roco had died.

Gutierrez said it was possible Duterte might have mistaken Roxas for vice presidential candidate, Sen. Bongbong Marcos, whose academic credentials at Oxford and Wharton had been questioned.