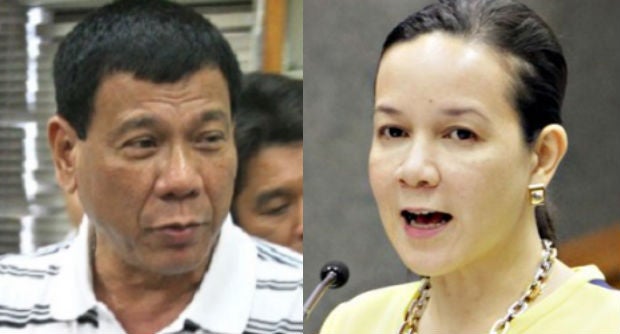 THE PRESIDENTIAL bids of Sen. Grace Poe and Davao City Mayor Rodrigo Duterte will be on top of the agenda as the Commission on Elections (Comelec) deliberates Monday on who will make it to the official ballot for next year’s polls.

The en banc meeting will be held the day before the Comelec is expected to release the final list of candidates vying for the 18,069 positions at stake in the May 9 elections.

“On Dec. 14, we will meet at 10 a.m. [and] we will continue to discuss [whether Poe and Duterte will be included in the final list],” Comelec Chair Andres Bautista told reporters.

Earlier, the Comelec announced it would release the full list of those who will be on the official ballot on Dec. 15.

But Bautista hinted that only a provisional final list of candidates might be released on Tuesday in the meantime, pending final resolution of the petitions challenging Poe’s and Duterte’s presidential bids.

“What can happen is that we will input whatever names are already final and we will just add later on. We are studying this option,” he said.

Another option is to extend the self-imposed deadline, he added.

“We are also considering that because remember, the printing of the ballots will happen sometime in January.” Jocelyn R. Uy