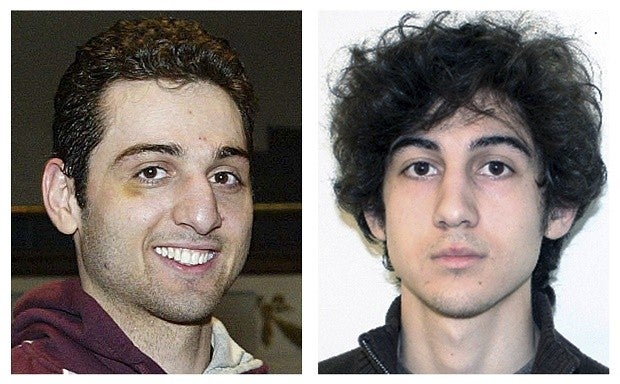 CAIRO — For some, the turn to Islamic extremism begins with a Google search, for others a stint in prison. Most of those who embrace such beliefs are young men, but not all. Many are loners or outcasts, while others leave behind family and friends who are shocked by their transformation.

The attacks in Paris and California have many wondering how seemingly ordinary people, many from prosperous Western countries, become radicalized. While certain patterns exist, there are enough outliers to confound law enforcement and make it impossible to anticipate every attack.

The following are profiles of nine individuals from three continents who followed widely varying paths to radicalization.

The son of a Moroccan-born market vendor and his Belgian-born civil servant wife dropped out of high school his senior year and later began to study sports therapy. But then he became outraged over the deaths and suffering of Palestinians in Gaza and the atrocities of Syria’s civil war. He began praying five times a day and became increasingly secretive. After turning 18, he announced he was going to Syria to defend Muslims. His parents pleaded with him not to go, and his father even quoted the Quran to discourage him. They called the Belgian police and asked them to detain him before he boarded the plane, but were told there was no legal basis for doing so since he was an adult. By age 19, Bouzzaouit had been killed on a Syrian battlefield. “A noble warrior,” read the text message sent to his mother in February to announce his death.

A US judge described her as an isolated high school dropout who was desperate for attention and needed counseling. She had few friends and an obsession with the military. Her radicalization began when she met a suitor online who persuaded her to travel to Syria, where she planned to fight alongside him or serve as a battlefield nurse. FBI agents became aware of her interest in jihad after she discussed it with members of her suburban Denver church, and they arrested her in April 2014 as she boarded a plane on her way to Syria. Conley was 19. She later said she was misled while converting to Islam and learned only after her arrest about the atrocities committed by fighters she was taught to respect. Last January she was sentenced to four years in prison.

The 21-year-old Muslim convert took an interest in Syria, mainly through online militant videos, while serving a prison sentence for assault and robbery. After his release, he made two trips to Syria to transport relief supplies and people. He says he never fought, but he posted pictures online of himself posing with heavy weapons. “It’s my duty to travel down there. This is a Muslim cause,” he told The Associated Press on condition of anonymity so that he would not be identified by authorities. On his third trip he was stopped at passport control in Turkey and sent back to Denmark without explanation. In September 2014, he was arrested with three others in Germany on charges of assaulting a 52-year-old man of Egyptian origin outside his home, forcing him into a car and demanding 100,000 euros from the family for his release. The kidnapping has been described as a criminal act.

The ethnic Chechen brothers who carried out the Boston Marathon bombing in April 2013 appear to have self-radicalized long after coming to the US a decade earlier. Authorities believe Tamerlan, the older brother, became radicalized in the last few years of his life, including during a six-month trip to Dagestan and Chechnya in 2012. Dzhokhar’s lawyers said Tamerlan was the mastermind of the attack and persuaded Dzhokhar, then 19, to participate. Authorities found extremist materials on Dzhokhar’s computer and other electronic devices, including an issue of the al-Qaida magazine Inspire and audio lectures by Anwar al-Awlaki, an American-born al-Qaida ideologue killed in a US drone strike in Yemen in 2011. Tamerlan died in a gunbattle with police days after the marathon attack, and Dzhokhar has been sentenced to death for the bombings, which killed three people and wounded more than 260.

READ: Tsarnaev guilty on all charges in Boston Marathon bombing

Like most Kosovo Albanians, his family was pro-American because NATO forces had come to the rescue of their countrymen in 1999 during the Balkan wars. But in his early 20s, Uka became increasingly introverted, spending most of his time at home playing computer games and watching radical Islamic propaganda on the Internet. In March 2011, at age 21, he watched a video posted on Facebook that purported to show American soldiers raping a teenage Muslim girl. It turned out to be a scene from the 2007 anti-war Brian De Palma film “Redacted,” taken out of context. The next day, Uka showed up at Frankfurt airport with a pistol and two knives. After confirming that a bus was carrying US Air Force members bound for Afghanistan, he shot one airman in the head, killing him, and then boarded the vehicle, shouting “Allahu Akbar!” (“God is greatest!”) and killing the driver. He fled after his gun jammed but was later apprehended. At his trial, he cried as he told the court he had been duped, and urged other Muslims not to be taken in by “lying propaganda” on the Internet. He is serving a life sentence.

The 23-year-old son of a parliamentarian in staunchly pro-Western Jordan was an unlikely candidate for radicalization. As recently as January of this year, he marched in solidarity with a captured Jordanian pilot from his hometown who was burned alive by Islamic State militants. But by June, he had changed. The third-year medical student was living in Ukraine with his Ukrainian wife, a convert to Islam. His father said Mohammed had become isolated and grown a long beard. The father told the son in a heated argument that he would cut ties with him if he didn’t drop his support for the extremists. The next day, Mohammed left for Turkey without telling his father. In September, three months after joining the Islamic State group, he drove a suicide car bomb into an Iraqi army barracks. “My son had everything, a family, money, and studying medicine, but he was controlled by terrible thoughts,” his father, Mazen, said in October. “He was deceived and tricked by Islamic State.”

He was a local hero on the soccer field, playing for the most popular team in the Syrian city of Homs and dreaming of making the national team. He took part in peaceful protests against President Bashar Assad when the uprising began in 2011 and joined the Western-backed Free Syrian Army the following year as the country descended into civil war. But as a government siege tightened around the Old City section of Homs, he grew closer to hard-line Islamic militants, including fighters from an al-Qaida affiliate. For the first time, religious references started appearing in his video speeches. In May 2014 he was among insurgents who withdrew from the city to opposition-held areas to the north, and has rarely been heard from since. There are rumors he joined the Islamic State group, and photos have appeared online that appear to show him waving the group’s black and white flag. Friends insist he is a revolutionary, not a militant.

School friends described Mahmood as a clever and popular girl who liked reading, listening to Coldplay and chatting about makeup and movie crushes. Her family maintains she was a studious and ambitious girl, and a loving daughter. But at 19, while studying radiography in her hometown of Glasgow, Scotland, she abruptly left in November 2013 and traveled to Syria to join the Islamic State group, authorities say. Since then, she has been accused of using social media to recruit other girls to follow in her footsteps. Her family says it has no idea how she became radicalized. “It just came out of the blue,” her father told reporters this year. In September, Mahmood was among four British jihadis who were put on a UN sanctions list. Authorities believe she is a key figure in a female brigade charged with enforcing the IS group’s harsh interpretation of Islamic law.