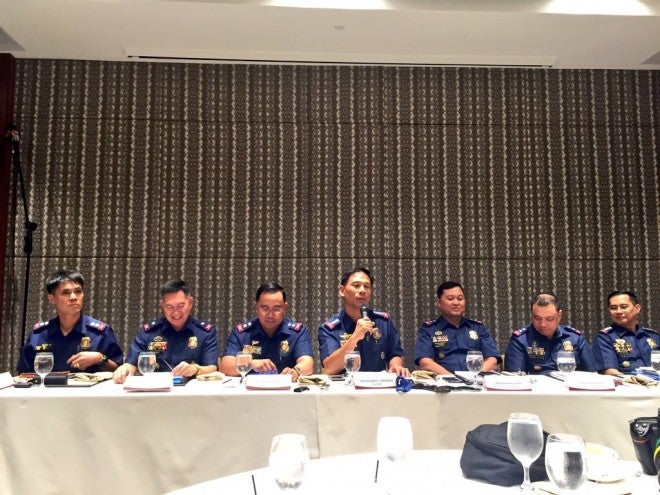 The rotation of police commanders who have been in their post for more than two years will be implemented before the election period starts in January next year.

This is part of the Philippine National Police’s measures to prevent politicians, particularly candidates in the 2016 elections, to influence police forces in their areas.

“The rotation of commanders on the ground is one of our elections security measures to show the non-partisanship of the PNP,” spokesperson Chief Supt. Wilben Mayor told INQUIRER.net on Tuesday.

Also affected by the mandatory rotation are policemen who have relatives running for elections and commanders who display their support for a particular candidate.

This will be implemented in all police units in Metro Manila and in the regions.

“We will remove those people and transfer them somewhere else so that they will not be able influence the conduct of elections,” PNP chief Director General Ricardo Marquez said in a media forum on Tuesday at the Marco Polo Hotel in Pasig City.

He said the management of election security is a “sensitive matter” for the police force.

Marquez stressed that commanders who are related to politicians within fourth degree of consanguinity will be transferred, regardless of their length of term in their areas.

“And those who would manifest partisan acts irrespective if they have been in their post for two years will be rotated,” he added.

The PNP chief said the Directorate for Intelligence (DI), led by Chief Superintendent Generoso Cerbo, is already creating a master list of officers who will be removed from their areas.

Meanwhile, the PNP will also recall personnel from the PNP who are providing security to electoral candidates once the Commission on Elections (Comelec) declares the start of the campaign period.

Police bodyguards for potential 2016 candidates to be recalled