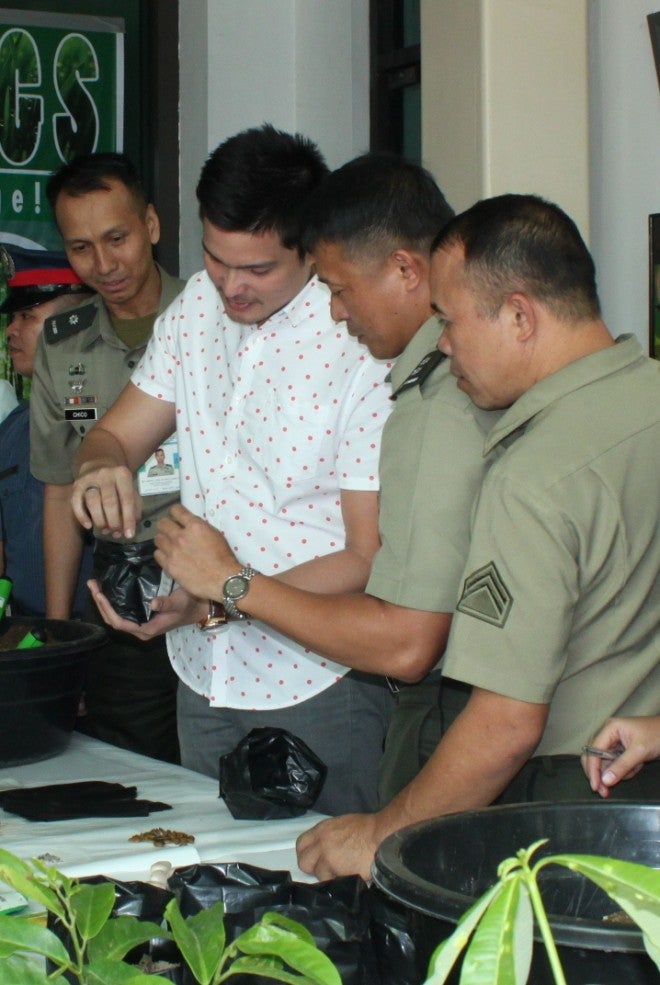 National Youth Commissioner and actor Dingdong Dantes (in white polo shirt) is assisted in making his own seedling at the soft launch of the “Race to 1,000,000 Seedlings” during the Climate Change Summit in Camp General Emilio Aguinaldo on December 7.AFP PAO

In an effort to combat climate change, the Armed Forces of the Philippines targets to plant one million trees at the National Capital Region in a span of one year.

Dubbed the “Race to 1 million seedlings,” the AFP said it aims to encourage people to participate in the creation of one million seedlings that would be planted in available spots around the National Capital Region (NCR), said AFP’s Civil Relations Service (CRS) commander Brig. Gen. Joselito Kakilala.

On Monday, the AFP’s CRS held a soft launch of the “Race to 1 million seedlings” at Camp Aguinaldo with National Youth Commissioner and popular actor-model Dingdong Dantes as guest. The project will be formally launched in January 2016.

“We would like to make the participants remember every time they pot a seed or plant a seedling that everyone should pitch in what they can in helping preserve our environment,” said CRS commander Brig. Gen. Joselito Kakilala.

The military has previously said that climate change is the new biggest threat to the country.

NCR was picked as the target area “since it is the region which experiences most pollution in the Philippines owing to its large volume of vehicles which emits huge amounts of pollutants every day.”

For the first six months, participants will create seedlings from fruit seeds. Those who will take part in the project will use social media in spreading the word and encouraging participants through videos and photos, Kakilala said.

After six months, when the million seedlings are created or gathered at Camp Aguinaldo, the participants will plant the seedlings in vacant lots or areas specified by the Department of Environment and Natural Resources, he added.

The project, which is also participated by government agencies and private organizations, will then shift to monitoring of the planted seedlings. TVJ