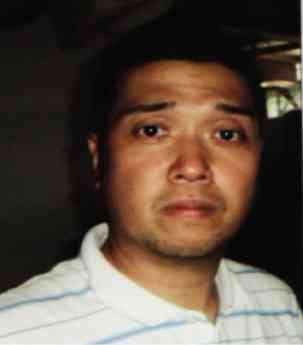 Domingo “Sandy” de Guzman, the businessman suspected of masterminding the killing of car racing champion Enzo Pastor, was arrested last night in Silang, Cavite province, by agents of the National Bureau of Investigation.

De Guzman and Dalia Guerrero Pastor, Enzo Pastor’s widow, are accused of plotting the murder of the car racer, who was shot dead by a motorcycle-riding gunman at a Quezon City intersection on the night of June 12, 2014.

A Quezon City court issued warrants for their arrest in August.

De Guzman was earlier charged with illegal possession of firearms and later posted bail in connection with that case. Dalia Pastor remains at large.