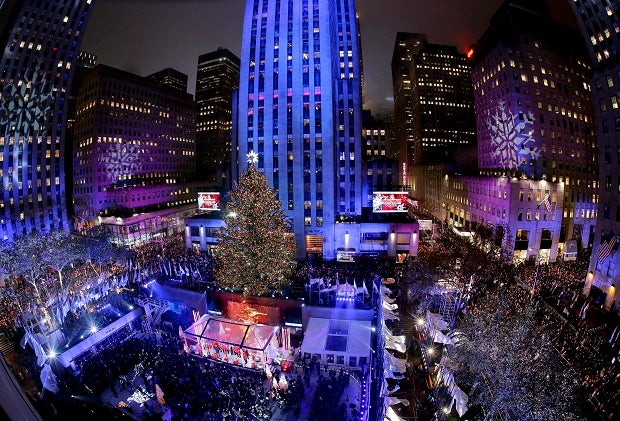 People watch as the Rockefeller Center Christmas tree is lit during a ceremony on Wednesday, Dec. 2, 2015, in New York. The Norway Spruce tree is lit with about 45,000 multi-colored LED lights. AP

The ceremony — nationally televised by NBC on Wednesday evening — included performances by Sting, Mary J. Blige, Andrea Bocelli, James Taylor and other stars. Tens of thousands had a close-up view of the show.

The celebration came with security restrictions including a prohibition on umbrellas.

Backpacks also were barred from the midtown festivities amid massive security.

Streets surrounding Rockefeller Plaza were closed and spectators were kept behind police barricades.