Polish government to pay families to have more children 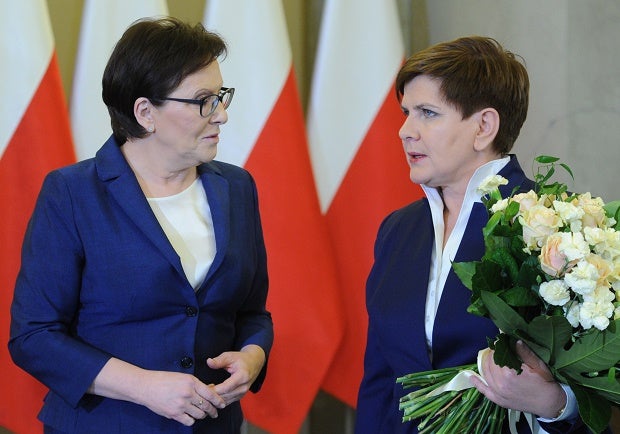 Former Polish Prime Minister Ewa Kopacz, left, and her successor Beata Szydlo speak at the government office as Szydlo arrives for the first time in the building as head of the Polish government, in Warsaw, Poland, Monday, Nov. 16, 2015. AP Photo

WARSAW, Poland—Poland’s new government has approved a program of family bonuses that is intended to reverse the declining birth rate.

The government of Prime Minister Beata Szydlo on Tuesday approved a program under which families will get monthly bonuses of 500 zlotys ($124) for every child beyond the first. The poorest families will be receiving bonuses for all children.

The program, which had been promised during this year’s electoral campaign, will be submitted to public debate and will require parliament’s approval. It could take effect in April.

The funding is to come from cutting VAT tax evasions and from new bank and supermarket taxes.

UN: Expect 11.2 billion population by the end of the century

More than 90M Chinese women to be eligible for 2nd child