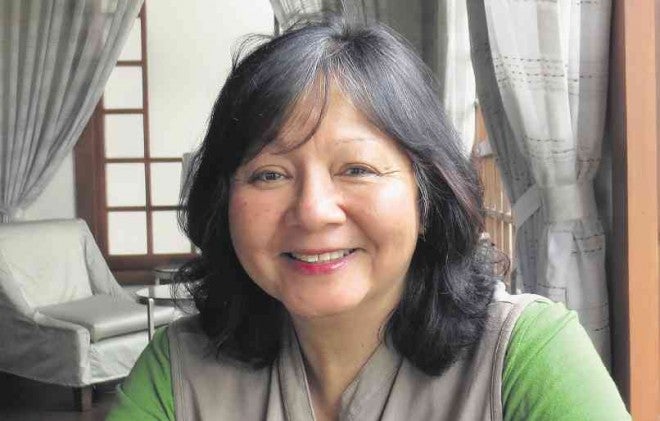 In her book, “Stepping Stones,” Nora Linda Mondoñedo —or Tita Baboo to many— wrote: “To live is to die. Despite all its ups and downs and ups, I have had a good life. I wish for nothing more than a good death. I have started planning for that journey from which no one returns. But before I embark on that journey, I want to leave these traces, these stepping stones. I am compelled to share these stories to add to the endless narratives that link many lives.”

The University of Santo Tomas Publishing House published “Stepping Stones” in 2013. I don’t think it was a premonition at the time of her writing this passage. Tita Baboo was writing about a wise truth that most of us would rather block out of our everyday lives.

When Tita Baboo passed away on Nov. 26, almost everyone who heard responded with disbelief. How could someone so in love with life leave, just like that?

Her daughter Tootsy Echauz-Angara asked my Nanay, Laida Lim, to please check if she had really left this world. Nanay said she would pinch Tita Baboo herself.

Phone calls and messages went back and forth with the question, “Is it true?” The painful answer, “Yes,” was repeated throughout the day. It was Thanksgiving. Tita Baboo used to observe Thanksgiving with regularity for one important reason: She loved turkey.

Tita Baboo loved a good meal and she could whip up delicious dishes such as “callos.” It would take her several days to assemble the ingredients and let the callos stew to perfection.

Her tastes ranged from gourmet to gourmand to Igorot. One of the things she would never refuse was the boiled or grilled meat passed around at cañaos, dipped in salt and crushed chilies.

When Tootsy and I were in grade school, Tita Baboo and Nanay often took us along to attend traditional rituals and to partake of the food that was shared with all who came. These rituals became part of Tita Baboo’s life.

Whenever an occasion called for it, Tita Baboo called upon a “mambunong” (Ibaloy ritual priest) to officiate rituals at her Baguio home, and she would offer chickens or a pig.

On a trip to see the mummies in Timbac Cave in Kabayan, Benguet province, Tita Baboo remembered to bring offerings of gin and cigarettes, much to the surprise of her Ibaloy companions. Her friends sometimes teased her, “You are more Ibaloy than us Ibaloys!”

Her life in Baguio was worlds apart from her earlier life as a model for the fashion designer Pitoy Moreno. Soon after she moved to Baguio in 1983, Tita Baboo started a weekly column in the Baguio Midland Courier, called “Green Pea.”

Later she shifted to a column called “Dateline Baguio,” which she maintained for almost 30 years. In her column, she gave scathing criticisms on certain people and their actions. Sometimes she sang praises for something she found inspiring.

She described herself as living life in extremes, spending time with European royalty one moment and then with informal settlers the next; hiking up a mountain one day and then returning to the same mountain by helicopter on another day.

Her temper, too, was sometimes extreme. She was a mother, a journalist, an environmentalist, an activist, and later an artist and a grandmother who would drop everything to be with her No. 1 priority: her grandchildren Manolo, Ines and Javier.

Witnessing Tita Baboo balance these extremes was instructive. As friends who shared motherhood and activism, Tita Baboo and my Nanay stretched the possibilities of what a woman could be or could do.

During the Marcos years, they took Tootsy and I along to rallies. They took us to towns hours away from home, where they would gather stories of militarization and abuse.

Tita Baboo knew that by writing what was on her mind she was living dangerously, but she was confident that the gains would be worth the risks she was taking.

Despite the gravity of her commitments and principles, Tita Baboo had her way of having great fun. She enjoyed traveling with her best friends and with Tootsy and family. She could hold her alcohol better than most men. She loved to dance! She loved to dress up for occasions. She went skinny-dipping. She loved to tease and was prone to fits of giggles. She partied hard and dreamed up all kinds of projects and possibilities with artist and journalist friends.

All these things made a huge impression on me as a girl. By her actions she seemed to be saying, “Girl. You can do whatever you want if you set your mind to it! Don’t let anyone tell you otherwise!”