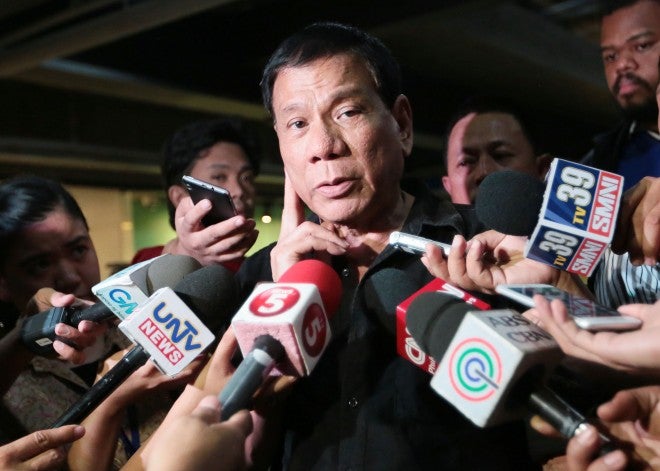 Speaking as a Catholic and not as a government official, Presidential Spokesperson Edwin Lacierda on Tuesday explained his tweet criticizing Davao City Mayor Rodrigo Duterte.

“Certainly, I was surprised. Why are you cursing someone who is so well loved by the Catholics?” Lacierda told Malacañang reporters during a phone interview.

He was referring to Duterte admitting that he cursed Pope Francis because of the inconvenience experienced during the papal visit in January.

After media reported Duterte’s comments, Lacierda posted on Twitter, “Mayor Duterte, you can say all you want about politicians but you don’t curse my Pope Francis! #defendthepope”

Lacierda explained that he “spoke as a Catholic.” “Remember I’m speaking not as a government official and I take my faith seriously. You know, he’s the head of — spiritual head of one billion Catholics,” he said.

“The Pope was our revered guest, well-loved and well respected by millions of Catholics. People waited in line to catch a rare glimpse of Pope Francis and for all of us who labored under the weather na hinintay siya ng gaano katagal, it was a rewarding experience noong nakita siya,” the Secretary further explained.

He said Duterte not just cursed but cursed the Pope.

He said Duterte has the right to criticize the government, but he pointed out that the Aquino administration is already resolving the traffic issue.

Asked if he thought the backlash Duterte received would affect his presidential aspirations, Lacierda said, “You know it’s not for me to judge. I spoke as a Catholic and it’s not — I am not an expert on whether this will turn the tide against Mayor Duterte. Certainly, some people — some quarters, the Church, for instance, Bishop Soc (Villegas) has spoken on the cursing of Mayor Duterte on Pope Francis.”

“Some people have expressed indignation, some people have supported Mayor Digong downplaying the cursing saying that he was talking about the traffic,” he added.

Lacierda said it is up to the people to decide whether to vote for Duterte.