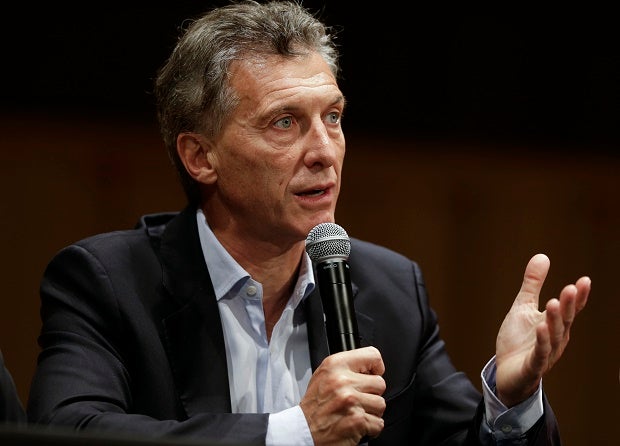 Argentina’s President-elect Mauricio Macri speaks during a press conference in Buenos Aires, Argentina, Monday, Nov. 23, 2015. Macri won a runoff election against ruling party candidate Daniel Scioli, putting an end to the era of President Cristina Fernandez, who along with her late husband dominated the country’s politics for 12 years. AP Photo

The margin was slightly narrower than the provisional count released at the end of voting day on November 22.

Former football executive Macri’s victory represents a sea change for Argentina, where “Peronism”—the broad populist movement of former president Juan Peron and his wife Evita—has dominated politics for much of the past 70 years.