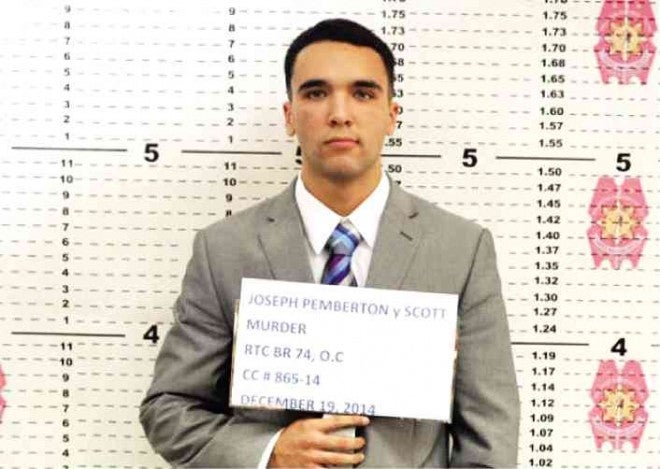 OLONGAPO CITY—When Judge Roline Ginez-Jabalde of the Olongapo Regional Trial Court Branch 74 hands down her verdict on the murder of transgender Jeffrey “Jennifer” Laude on Dec. 1, at least 1,000 policemen will secure her and the court.

Senior Supt. Pedrito de los Reyes, city police director, said they would be on heightened alert next week, aware of the political and ideological issues surrounding the Oct. 11 murder of Laude.

US Marine Lance Cpl. Joseph Scott Pemberton has been charged with the crime. He has been held at the Joint US Military Assistance Group compound in Camp Aguinaldo, the headquarters of the Armed Forces of the Philippines in Quezon City.

As part of security measures, police would put up steel barriers around the court premises and outside the Hall of Justice.

The court had barred reporters from the premises during the trial that started in March.

“The number of police personnel is enough to cover the entire Hall of Justice and its immediate periphery,” De los Reyes said in a text message on Thursday.

Regardless of the verdict, the court decision is expected to stir opposing views from the public, the mayor said. “Some people will certainly be happy about it while others will not be pleased,” he said.

“[The murder] is an isolated case and there’s no other way to go but to move forward,” he said.

Roberto Garcia, chair of Subic Bay Metropolitan Authority, said the verdict would be crucial to the status of liberty (rest and recreation activities) for visiting US troops.

Last year, the US Pacific Command (US Pacom) canceled these activities of US servicemen in the Philippines after Pemberton was detained for Laude’s slaying.

The US Pacom eased up the rules in June and allowed US soldiers to leave their ships, although they were prohibited from entering the Subic Bay Freeport. Allan Macatuno, Inquirer Central Luzon