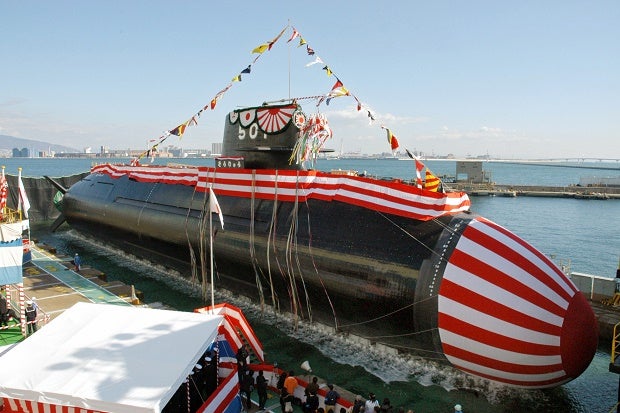 TOKYO — Japan is set to bid on joint development and production of an Australian submarine, Tokyo’s first major military transfer since the World War II.

The National Security Council approved the transfer of sensitive submarine technology to Australia and the proposal will be submitted to the Australian government by Monday’s deadline, Japanese defense officials said.

Australia will choose from three bidders — from Japan, Germany and France — by the end of 2016.

Defense officials said a military partnership between Japan and Australia will enhance peace and stability, especially maritime security, in the Asia-Pacific region amid China’s military buildup in the East and South China seas.

Officials refused to give details, but Japanese media speculate that the proposals feature the Soryu-class diesel-powered propulsion system with advanced stealth capabilities.

Japan is proposing to jointly design and build future Australian submarines and also to provide support for operation and maintenance of the fleet.

It is keen to take part in joint weapons systems development that Australia already has agreed to with the US Such three-way cooperation would help strengthen the Japan-US alliance, the defense ministry said in a statement.

Japan has six of the advanced non-nuclear submarines, equipped with an air-independent propulsion technology acquired from Sweden, and armed with torpedoes and Harpoon missiles. Germany and France are also vying for the 50 billion Australian dollar ($40 billion) project to replace Australia’s Collins-class submarines in 2025-2030.

But even before he was replaced by current Prime Minister Malcolm Turnbull, Abbott was facing criticism over his support for Japan’s involvement in the deal.