Canada to give UN $75 million for Syrian refugee relief 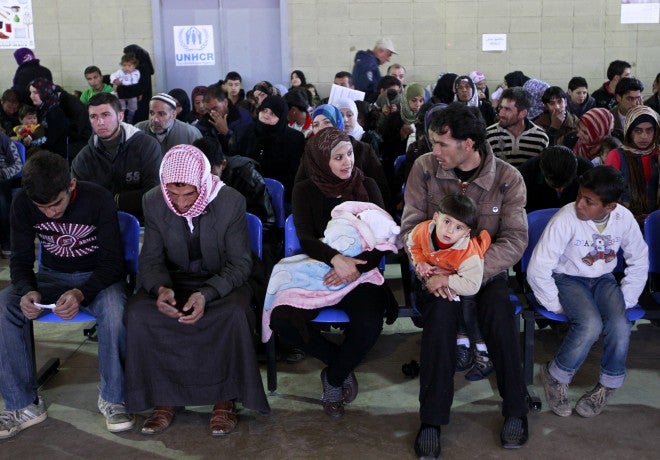 The contribution includes US$7.5 million (CA$10 million) for the UN refugee agency as part of the program to resettle thousands of Syrian refugees in Canada over the next few months.

“We know that Syrian refugees are cutting on meals, taking on debt to meet their basic daily needs and risking their lives to leave Syria,” she said. “This funding to UNHCR will help to make these decisions a little less difficult by helping to meet basic needs.”

The government also announced it is honoring a commitment made by the previous Conservative government to match donations by Canadians to the international relief efforts. Officials say Canadians have until Dec. 31 to make donations, which will be equaled to a ceiling of US$75 million (CA$100 million).

Earlier this week, recently elected Prime Minister Justin Trudeau announced that his government will resettle 10,000 Syrian refugees by the end of the year and another 15,000 by the end of February.

Trudeau had wanted to resettle 25,000 refugees in Canada by Dec. 31 but faced some pushback following the deadly attacks in Paris. Immigration and Refugee Minister John McCallum said they wanted to get it done right so they are taking a little bit more time to process and resettle the refugees.

UN staff in Jordan, Lebanon and Turkey are currently working overtime and on weekends to help select the Syrians who will be brought to Canada.

Thursday’s announcement brings to US$728 million (CA$969 million) the total amount of humanitarian assistance from Canada in response to the Syrian crisis, which has forced four million people to leave the country.

The US plans to take 10,000 Syrian refugees over the next year. Germany saw 758,000 refugees and other migrants arrive between January and October. Sweden is expecting around 200,000 this year.

Canada to accept 10,000 Syrians within one year