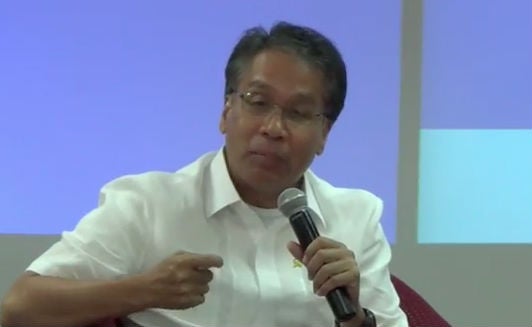 He’s no clone of President Benigno Aquino III after all.

Liberal Party standard-bearer Mar Roxas is not sold on the proposal for the country to join the Trans-Pacific Partnership (TPP), a view contrary to President Aquino’s on the contentious trade agreement.

Roxas, a Wharton-educated banker before joining the government, expressed concern over the adverse effects of the 12-nation economic treaty on local farmers, who have been complaining about the entry of cheap agricultural products from China, Vietnam and other Asia-Pacific countries.

“We should not just rush into entering an agreement which could be disadvantageous to us. For me, no deal is better than a bad deal,” Roxas said on the sidelines of the Meet the Inquirer Multimedia Forum on Wednesday.

“I think we should be very careful with the TPP. It’s not an automatic buy-in for us,” he said.

In their bilateral meeting during the Asia-Pacific Economic Cooperation summit in Manila last week, President Aquino said he told US President Barack Obama about the Philippines’ “keen interest” in joining the TPP.

Obama, in response, said the trade pact was intended to “be an open and inclusive trade pact for countries that can meet its high standards.”

Drafted last October, the TPP aims to remove tariffs, trade barriers and other protectionist policies in the economies in the Pacific region.

But Roxas said those pushing for the TPP, led by the United States, enjoyed comparative advantages in terms of agricultural technology over smaller economies like the Philippines.

“They subsidize their farmers, they give them price support and they actually spend for farm inputs for their farmers. How can our farmers compete with them?” he said.

Citing his experience as former trade secretary, Roxas noted that farmers in developed countries were more productive because they received state subsidies and were able to buy inexpensive farm inputs.

Farms in the United States and Europe, he said, were mechanized and used other modern technology to increase their yield, while most farmers in the Philippines still used traditional farming methods.

“For me, we should be very careful, otherwise you will have mass-produced, industrial farm-produced goods coming in, drowning our local agriculture which cannot compete,” he said.

Should he win the presidency, Roxas vowed to make the country’s agriculture sector more modern, more competitive and more productive.

“In a Roxas administration, we will make that happen,” he said.