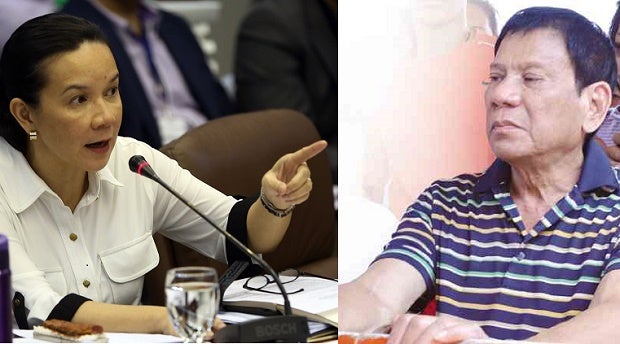 It is “inconclusive” and “not reflective” of the sentiments of the country.

This was how the camp of Senator Grace Poe reacted on Thursday to the latest Pulse Asia survey that reportedly showed her only second to Davao City Mayor Rodrigo “Digong” Duterte, who emerged as the voters’ top choice for president in Metro Manila.

The survey was conducted from November 11 to 12 among 300 respondents in the metropolis. Duterte topped the survey with 34 percent, followed by Poe with 26; Vice President Jejomar Binay, 22 percent; former Interior Secretary Mar Roxas, 11 percent; and Sen. Miriam Defensor-Santiago, 7 percent.

“Our reaction on new survey released by Mayor Duterte’s camp: Surveys give us a snap shot of people’s sentiments at a given point in time. Sentiments change regularly depending on what message people hear,” Gatchalian said in a text statement to reporters.

“Our resolve is to continue our drive to explain to the electorate Sen. Poe’s advocacy of inclusive governance. Gobyerno kung saan walang maiiwanan (A government where no one will be left behind).”

“Furthermore, the survey only covers NCR (National Capital Region), there is more to the Philippines than Metro Manila. Hence, at this point the survey is inconclusive and not reflective of the sentiments of the country,” the spokesman added. IDL