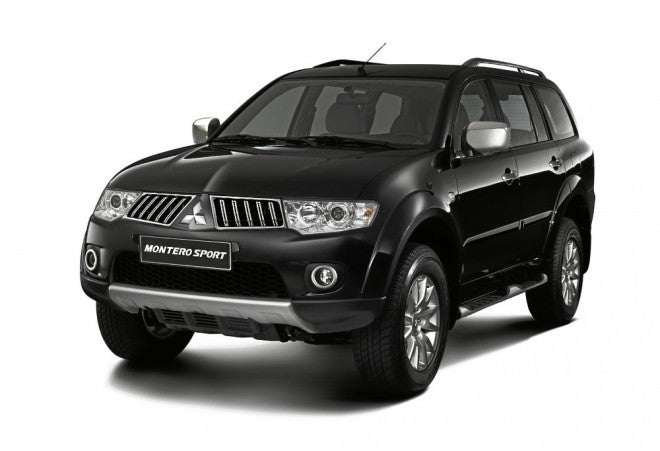 MANILA, Philippines — The Department of Trade and Industry has created a team that will investigate cases of “sudden and unintended acceleration” of a car model being manufactured by Japanese carmaker Mitsubishi Motors Corp. (MMC).
Based on Memorandum Order No. 15-2580 issued on Nov. 25, the DTI has created a panel composed of three trade officials who will investigate reports of the mechanical defects of the Mitsubishi Montero covering the period 2010 to 2015. This move was in accordance to Republic Act No. 7394 or the Consumer Act of the Philippines.

Trade Undersecretary Victorio Mario A. Dimagiba said in the order that the team must issue notices within 48 hours from issuance of memorandum to get the views of all the stakeholders concerned.

The trade officials have been instructed to submit a report and recommendations in two weeks including the issuance of the appropriate order for its mandatory product recall, prohibition, or seizure from public sale or distribution of the said model, he added.

Froilan Dytianquin, first vice president for marketing of the Mitsubishi Motors Philippines Corp. (MMPC), meanwhile stressed that they have tested Montero cars while investigating the reports of unintended acceleration and the results have shown that the Montero Sport would still be safe for use.

“We welcome the move by the DTI. We were supposed to have a press conference this Friday to show the results of our investigation in the latest case involving the sudden and unintended accelerations. We were able to get in touch with the complainant who allowed us to check his unit. We will come out with the findings by next week,” Dytianquin said in a phone interview.

“But for us, we stand firm that there is nothing wrong with the Montero Sport. It’s a safe vehicle and we have tested it. We have already addressed some 97 cases here and for all the testings and investigations we’ve done, the results showed that there were no defects as far as the electronics and mechanical (aspects of the car) are concerned,” he further stressed.

Dytianquin said they have even involved MMC of Japan, which has conducted extensive testing and investigation of all submitted claims of unintended acceleration, in the absence of an automotive third party testing facility in the Philippines.

“We started selling the Montero in the Philippines in 2008. And this model, which is produced in Thailand, is being sold in more than 90 countries. Except for five isolated cases in Australia and New Zealand, there has been no incident of unintended acceleration elsewhere except the Philippines,” Dytianquin said.

“In terms of having same specifications, the model being sold in the Philippines is also being distributed among Asean countries like Thailand and Indonesia. There were no other incidents reported in these countries except the Philippines fand that’s why even our principals in Japan are puzzled by these developments,” he added.  SFM