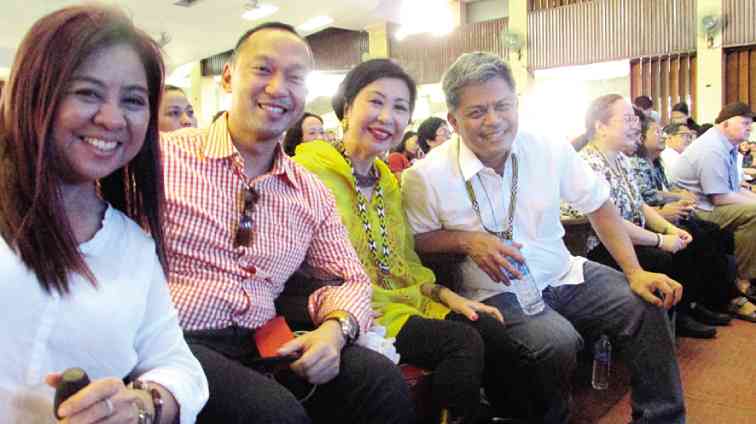 As tiny as it is, the human heart has room for a limitless amount of joy. But, as Jean Goulbourn realized upon her daughter’s death, it can, without missing a beat, also hold an endless supply of sorrow.

Goulbourn’s grief had seemed unsurvivable until she found a way to redirect it toward a purpose that has redefined her life.

Last month in Metro Cebu, she launched her second Hopeline, a 24/7 communication hub for assisting people in emotional crisis and at risk of committing suicide.

Unable to save her daughter Natasha, who was 27 when she died from overmedication in 2002, Goulbourn felt the need to help save other people’s children. So, in 2007, she put up the Natasha Goulbourn Foundation (NGF) in memory of the child she lost to depression and suicide.

She wanted the nonprofit to, among other things, campaign for mental health awareness, serve as an information and intervention resource for people battling depression, and run a round-the-clock suicide prevention hotline.

The last proved to be the toughest goal. Although her family had the means to set up the foundation, the emergency phone line would need government support and corporate funding for responders, training, facilities and utilities.

You are the best and only person who can get this project off the ground, a friend had told Goulbourn. True enough, in a few years, NGF was launching Hopeline in Metro Manila in collaboration with the Department of Health (DOH), Department of Education (DepEd) and Globe Telecom, which has dedicated two lines to the cause, 0917-558HOPE (4673) for the general public and 2919 for Globe and TM subscribers.

The Cebu launch, which came two years later, was held on the University of San Carlos (USC) South Campus. It began with a forum on mental health, a topic of great importance to well-being, according to USC President Fr. Dionisio Marcelo Miranda, SVD.

“No one can give well-being to you. You have to take action yourself,” Miranda said in his welcome remarks.

“Natasha continues to inspire me,” Goulbourn told her Cebu audience of high school and college students from public and private institutions. Also present were educators, guidance counselors and school officials. 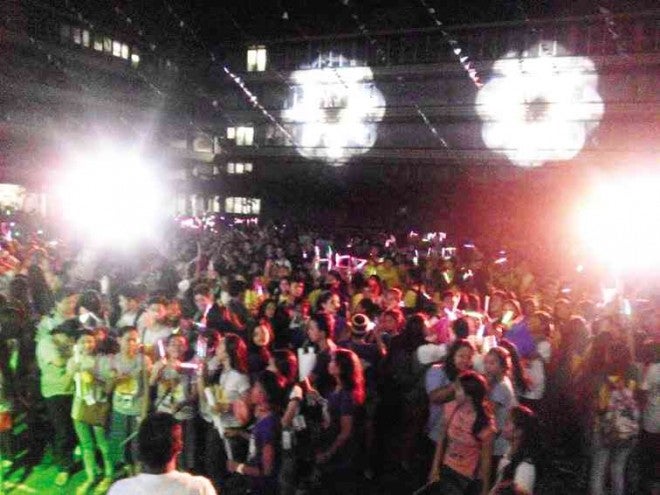 YOUTH and glow sticks light up the symbolic walk around USC campus prior to the formal launch of Hopeline.

It made a huge difference to Goulbourn that close to 2,000 students came for the Hopeline launch. Here’s why: Suicide is the No. 3 cause of death among teenagers globally, according to the 2014 World Health Organization report on adolescent health. As if that’s not alarming enough, depression is the No. 1 cause of illness and disability for both boys and girls 10 to 19 years old.

Of the Hopeline callers, Goulbourn pointed out, 65 percent were under 20 years old, and their problems were mostly about love. “Yeah to love,” she said, “but never give up. Life is worth living.”

Cebu became a priority for Hopeline, she said, because “majority of the calls we were getting in Manila were in Tagalog or Cebuano.” The Queen City of the South hub will be serving the Visayas and Mindanao.

“Hopefully, we can have a Hopeline for every major dialect,” said Goulbourn, who has put as much, if not more, passion into this advocacy as she has into promoting local fashion through her highly esteemed Silk Cocoon label.

“Depression is a societal concern,” she said. “We cannot deal with it alone. The DOH cannot do it alone. We need the community to work together—the churches, the schools, the psychological associations, the telecommunication companies and the government.”

For this reason, Br. Armin Luistro, FSC, took 24 hours out of his busy schedule as education secretary to fly to Cebu and keynote the forum.

He asked how many in the audience had seen the movie “Heneral Luna” and a lot of hands went up. He reminded the students of the scene where Gen. Antonio Luna got shot as he was charging toward the Americans. The wounded Luna, thinking he and his men were about to lose and be taken captive, drew his gun and aimed it at himself.

“Who was the person who went out of his way to stop Heneral Luna from committing suicide?” Luistro asked. The audience answered out loud: Paco Roman. 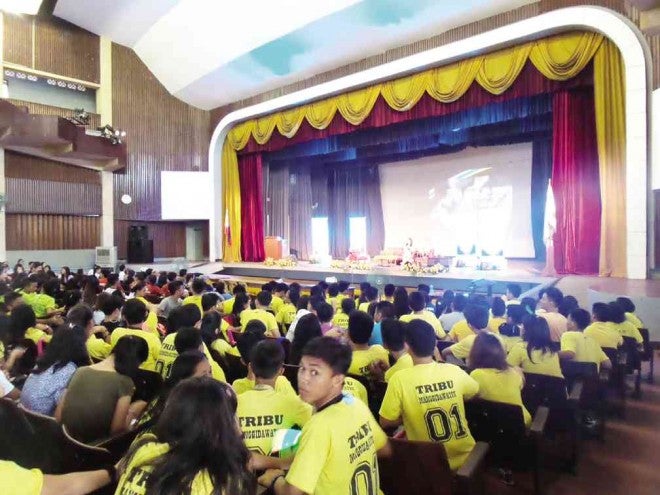 “I asked because, in life, when we are down and we think there is no more hope, there is always somebody who comes and helps us get up,” he said. “My assignment No. 1 to you is to make sure you know who that person is, the one whose name is what you write whenever you’re asked whom you want notified in case of an emergency. Under ‘favorites’ in your cell phone, be sure to write the name and phone number of that person.”

Assignment No. 2, he said, was to send that person a text message and thank him or her “for always being there for you,” and this caused quite a stir.

“The point is, every single one of us can get sad—very, very sad,” Luistro said. “Including me. This is why it is important that you have a lifeline.”

The education secretary left his young audience with these thoughts. “One, do not think that only those who are suicidal need a lifeline,” he said. “Two, we all need a lifeline but we can also be a lifeline to others. Do not say no to a friend in need.”

The ensuing forum featured three professionals. Dr. Glenda Basubas talked on “No Health Without Mental Health” (takeaway: Cyberexposure restricts the capacity to develop resilience and although the social network is vast, the proximity of friends is less). Child psychiatrist Nancy Cinco focused on “Bullying, Depression and Suicide” (takeaway: Treat not just the bullied but the bully as well; teachers should be educated on how to intervene). Endocrinologist and internist John Reyes spoke about “Gut as a Second Brain” (takeaway: Whatever you eat has an effect on your brain because the digestive system is connected to the brain).

Hopeline Cebu, which is housed at Vicente Sotto Memorial Medical Center in cooperation with the DOH Region VII, was launched with the support of Globe Telecom, Gothong Southern Shipping, One Meralco Foundation, the Coalition for Better Education, the Philippine Guidance Counseling Association, the Philippine Mental Health Association and the Sacred Heart Parish Church.

A symbolic candlelight walk on campus preceded the well-attended, joyous launch of Hopeline in the evening.

“So many young people came. They kept asking to have their photos taken with me,” a beaming Goulbourn said after the event. And for a moment there her tiny heart swelled with happiness again.