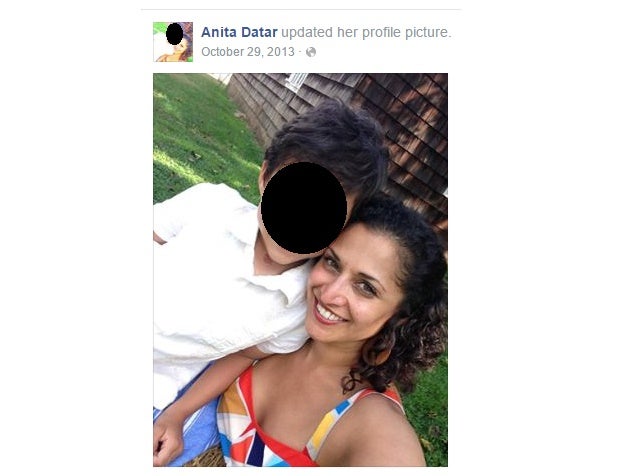 The Facebook profile photo of Anita Datar shows the global health expert with her son. Datar was among 19 people killed when Islamists attacked a hotel in Mali. FACEBOOK GRAB

WASHINGTON — As a Peace Corps volunteer, expert in global health and the mother of a young boy, Anita Ashok Datar devoted her life to caring for and helping others, her family said.

Datar, of Takoma Park, Maryland, was one of at least 19 people killed in Friday’s terrorist attack on a hotel in Mali, the State Department confirmed in a statement.

No other U.S. citizens were believed to have died in the attack, carried out by heavily armed Islamic extremists at a Radisson hotel in the Malian capital of Bamako. Also killed in the attack were six Russian plane crew members from a cargo company and three senior executives from the state-owned China Railway Construction Corp., officials said.

“We are devastated that Anita is gone,” her family said in a statement issued through the State Department. “It’s unbelievable to us that she has been killed in this senseless act of violence and terrorism.”

Datar, 41, was a senior manager at Palladium Group, an international development organization with offices in Washington, her family said. As a public health expert, she focused on family planning and HIV issues, work that took her to Africa often in the past 15 years. She also worked in Asia and South America, according to her LinkedIn profile.

Former Secretary of State Hillary Rodham Clinton was among those mourning her death.

“Anita Datar was a bright light who gave help and hope to people in need around the world,” Clinton said in a statement on Saturday. “Anita represented the best of America’s generous spirit.”

Datar was the former partner of David Garten, an attorney who worked as a senior policy adviser to Clinton in the Senate.

“Everything she did in her life she did to help others — as a mother, public health expert, daughter, sister and friend,” the family statement said. “And while we are angry and saddened that she has been killed, we know that she would want to promote education and healthcare to prevent violence and poverty at home and abroad, not intolerance.”

The family said that of all her accomplishments, Datar was “most proud of her son.” Her Facebook page is filled with pictures of the boy.

Born in Massachusetts, Datar grew up in New Jersey and graduated from Rutgers, her family said. She worked in Senegal with the Peace Corps for more than two years and earned master’s degrees in public health and public administration from Columbia.

In addition to her son, parents and a brother, she is survived by “many, many friends around the world,” the statement said.

“We face a choice between fear and resolve,” she said. “Anita’s murder should deepen our resolve. America must lead the world to meet this threat.”

Read Next
Record number of stranded seal pups in Northern California
EDITORS' PICK
PH preps for China virus: Question of when, not if
Beyond water service: Maynilad builds massive infrastructure projects to clean up Metro Manila waterways
Museums ‘put to sleep,’ churches closed amid volcano’s unrest
Seventh judge assigned to handle De Lima case
SM continues to send relief assistance to remote towns in Batangas
Get exciting deals and discounts when you download the new McDonald’s App
MOST READ
Taal Volcano flexes signs of restiveness anew
Passengers from Wuhan, China to be flown out of Kalibo, Aklan – CAAP
Part of Aurora Boulevard in Cubao closed from Jan. 25 – Feb. 1
Lacson on Duterte’s threat to end VFA over Bato’s canceled visa: Where is the connection?
Don't miss out on the latest news and information.