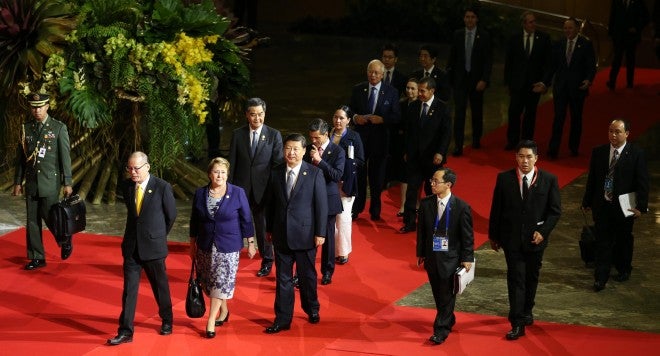 MEMBERS of the lumad and the Church lit up their candles on Wednesday evening at Redemptorist Church in Baclaran to express their “burning resistance” to the ongoing Asia Pacific Economic Cooperation summit.

It was also to show solidarity with people who are victims of militarization and plunder, said Kerlan Fanagel, community leader of the Blaan tribe and chairperson of Pasaka (Lumad organization in Southern Mindanao).

The policies in Apec are not for the Filipinos but for globalization and privatization of entities, he said.

Some 50 leaders of the Church and Lumad leaders marched a few meters from Baclaran church and took part in climbing the bell tower to unveil streamers and tarpaulin bearing messages of protests against the Apec summit.

Fanagel said that this resistance is not by the lumad alone, but with the broad population of the Filipino people.

The lumad members who are part of the Manilakbayan 2015, a protest caravan, were moved to Baclaran Church after their permit to rally was cut off by the government.

They are set to stage another rally against Apec on Thursday to assert their right to freedom of expression.