US OKs sale of $1.3 billion in guided bombs to Saudi Arabia 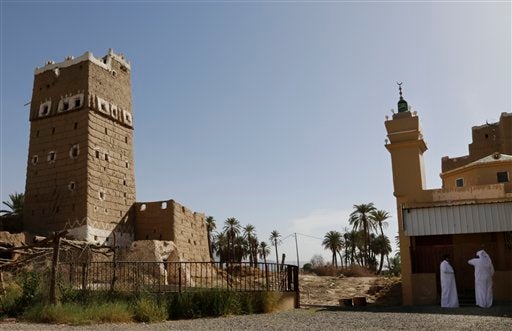 In this April 22, 2015 photo, Saudi men chat near a mosque in Najran, Saudi Arabia. Saudi state television says a bomb has exploded in a mosque in the south of the kingdom, killing at least one person. The blast happened Monday evening in the city of Najran, near the country’s southern border with Yemen. AP

WASHINGTON — The Obama administration has approved a $1.3 billion sale of bombing munitions to Saudi Arabia as its air force strikes rebel targets in Yemen.

The State Department says the package includes several laser-guided and other bomb models. A statement says the deal “replenishes” weapons stocks that are being depleted in Saudi counterterrorism operations.

Congress has been notified, initiating a 30-day delay period. It’s unclear when the new supplies will ultimately arrive.

The U.N. and human rights groups have criticized the Saudi-led campaign in Yemen for killing innocent civilians.

Washington says all sides in the conflict should avoid civilian deaths. TVJ