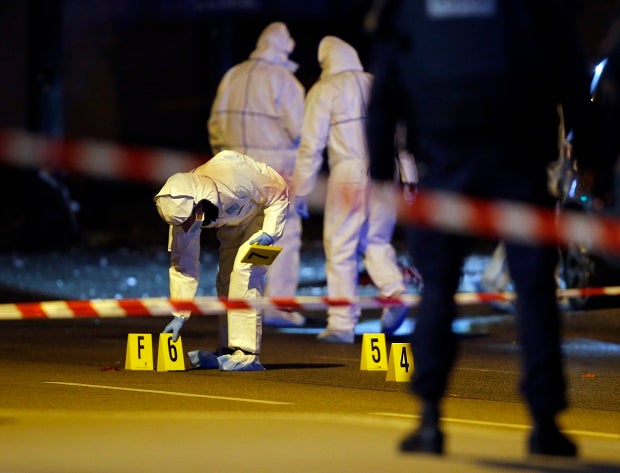 Investigating police officers work outside the Stade de France stadium after an international friendly soccer match France against Germany, in Saint Denis, outside Paris, Friday Nov. 13, 2015. Several dozen people were killed in attacks around Paris on Friday, French President Francois Hollande said, announcing that he was closing the country’s borders and declaring a state of emergency. AP

PARIS —US Defense Secretary Ash Carter is calling the attacks in Paris “an assault on our common human dignity.”

The Pentagon chief says “the United States stands with the people of France and its vibrant, multicultural democracy.”

He is praising France as a NATO ally and a leader of the coalition fighting Islamic State militants in Syria.