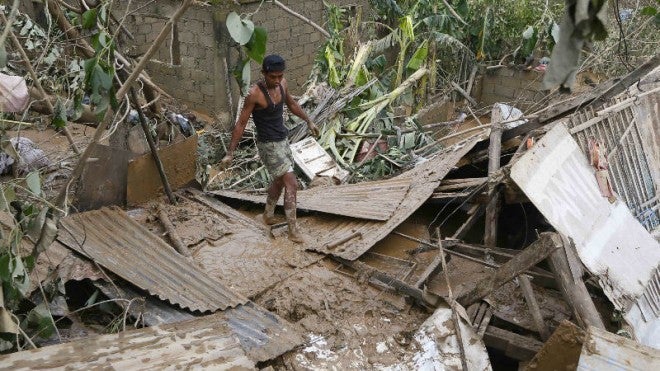 TUMAUINI, Isabela—The provincial director of the Department of the Interior and Local Government (DILG) and three other agency officials were relieved of their posts after the province failed to attain zero casualty during the onslaught of Typhoon “Lando” (international name: Koppu) last month.

Three people—Elvis Vinasoy of San Mariano, Jonathan Cadangyao of Tumauini and Rolly Ranjo of Cabagan—drowned as the typhoon dumped heavy rain that triggered floods and swelled waterways in the province.

Last week, Mayor Edna Tabanda of La Trinidad, Benguet, said she would organize a “typhoon summit” this month to discuss disaster preparedness. “We need to stop the finger-pointing,” she said.

Marlo Turingan, DILG Cagayan Valley director, enforced Enrile’s order, but he could not be reached for comment. He did not also respond to text messages.

Asked if he would contest the relief order, Durwin said, “It would only complicate things.” But he said the deaths in Isabela were “beyond my control and responsibility.”

For instance, Cadangyao drowned when he crossed a swollen river to look for a missing carabao while Ranjo died when he tried to collect driftwood from a river.

In Pangasinan, the provincial police office recognized 31 policemen and 20 civilians for their help in rescue and evacuation efforts and assistance to typhoon victims as Lando battered the province.

“During the typhoon, we were required to give updates [about the typhoon for] 24 hours, for more than three days,” and even [the Philippine National Police chief, Director General Ricardo Marquez] saw [our] efforts,” said Chief Supt. Ericson Velasquez, Ilocos regional police director, who led the awarding ceremony on Monday. With a report from Johanne Margarette Macob, Inquirer Northern Luzon