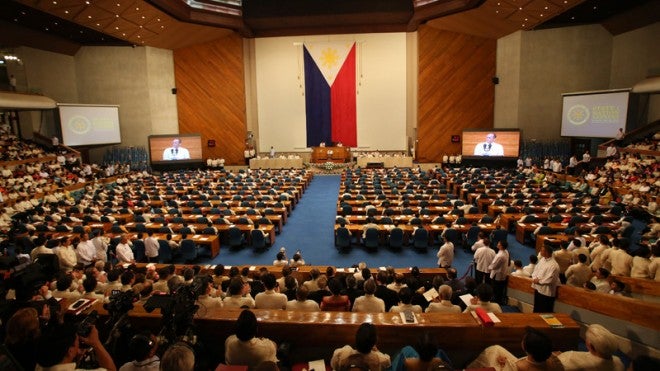 A bill imposing a tax on sweetened beverage hurdled the committee level in the House of Representatives on Tuesday.

The bill seeks to impose a 10 percent ad valorem tax on soft drinks and carbonated drinks.

The tax collected would be allocated for health and other government programs.

According to the substitute bill approved by the committee, the tax rate on sugar sweetened beverage under the tax code would be amended to impose a P10 excise tax.

The tax rate would be increased by four percent every year thereafter from Jan. 1, 2017.

Examples of sweetened beverage are soft drinks, fruit drinks, sports drinks, sweetened tea and coffee drinks, energy drinks, and all other non-alcoholic beverage that are ready-to-drink and in powder form.

The revenue from soft drinks tax would be pooled as health promotion fund.

The bill said the fund would be used for programs such as medicine and medical assistance, potable water in public schools and local government units, as well as for the BIR’s tax administration, and for the FNRI and FDA’s research and programs.

Finance and health officials have backed the bill as it would hike revenue collections for health programs. But beverage companies opposed the measure as it would drastically cut their revenues and bring about job cuts amid slower production.

In a statement on Tuesday, the Beverage Industry Association of the Philippines (BIAP) said the proposed measure imposing taxes on common household products like soft drinks and powdered coffee would make these more expensive to the ordinary consumer.

“At the core is giving Filipino consumers more power and more of their hard-earned money back, which they will plow back into the broader economy through spending on goods and services. To impose a tax on soft drinks and other sweetened beverages like powdered juice drinks, three-in-one coffee, and ready-to-drink juice is taking away this power from the Filipino consumer,” the BIAP said.

“This additional tax on basic goods and products commonly purchased by majority of Filipinos, particularly those in the lower socio-economic classes, will make items like coffee, juice and soft drinks more expensive for ordinary workers,” it added.

The BIAP said its opposition to the bill is consistent with the Aquino administration’s vow not to impose taxes as it would impede industry competitiveness. TVJ
RELATED STORIES

The sweetest things in life are …