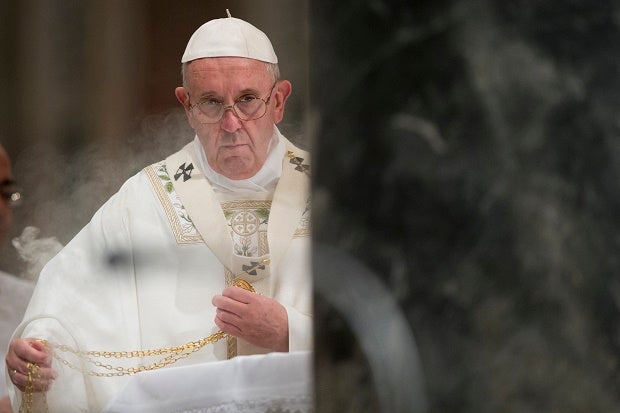 PRATO, Italy—Pope Francis will Tuesday deliver a major speech on the theme of work in the symbolic location of Prato, a small town near Florence that has become synonymous with Chinese immigration to Italy.

Francis, who has made the rights of workers and migrants dominant themes of his papacy, will pronounce his views from the cathedral square in a town where ethnic Chinese entrepreneurs have become the major players in a textile industry that has long been key to the local economy.

Prato officially has 16,000 Chinese nationals out of a population of 191,000. But locals say the real figure could be as high as 50,000 if the true number of clandestine workers is taken into account.

The town became a symbol for both uncontrolled immigration and unchecked labour exploitation in December 2013, when seven Chinese workers burned to death in a fire in an unregulated workshop where they slept after 16-hour shifts.

Two years later, walking around Prato’s Chinese quarter, it is still easy to encounter many Chinese workers with little, if any, knowledge of Italian.

But with the Chinese community in Italy—the third largest in Europe after France and Britain—now producing third and fourth generation offspring, old cliches about sweatshops and exploitation don’t necessarily portray the full picture.

Italy’s Chinese textile entrepreneurs have thrived by lowering the cost base of an industry that has been destroyed by Asian competition in many other European countries.

The model of minimizing labor and raw material costs through links with China has proved particularly effective in combination with the cachet that comes with the “Made in Italy” stamp.

And local industry and political chiefs seem to have made their peace with the Chinese newcomers who have become leaders in the “pronto moda” (ready to wear) sector.

“Every week, we try to visit 20 Chinese businesses, we explain to them the rules they need to follow in terms of safety, the environment and book-keeping. Then we help them to understand and respect the legislation in force,” says Wang Li Ping, an Italian Chinese involved in Italy’s National Confederation of Craftsmanship (CNA).

Local mayor Matteo Biffoni says the town council has made great steps towards ending a situation where labour laws were routinely ignored and profits systemically channelled back to China without being properly taxed.

“It is the only way to better integration,” the centre-left mayor says, adding that his little part of Italy’s industrial heartland might soon come to be seen as a model for the future, rather than an example of what is wrong with multiculturalism.

Pope wanted to be a butcher