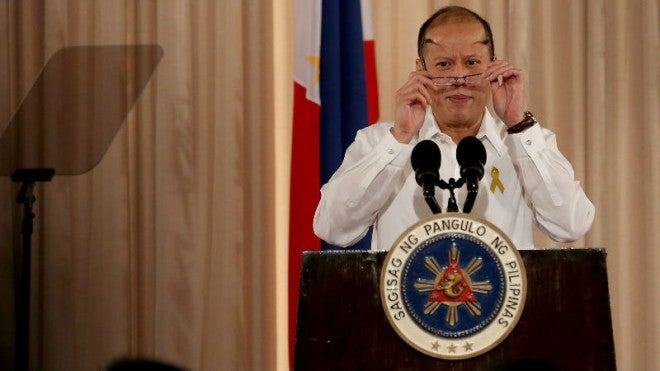 TOP ELECTIVE government officials are feeling generous these days, as the Christmas season and national elections near.

President Aquino, for instance, has endorsed a bill proposing four rounds of yearly salary increases to the country’s 1.3 million government employees starting Jan. 1, which would result in a 45-percent average increase across all salary grades after four years.

If passed by Congress, the whole package would cost the government P226 billion.

In the Senate, a bill seeking to increase the monthly Social Security System (SSS) pension by P2,000 was approved on third and final reading Monday, making it just a short step away from becoming a law.

The Senate voted 15-1 to approve the measure to amend the Social Security Act of 1997 to grant the across-the-board pension increase. The House of Representatives earlier approved its counterpart bill.

The lone dissenter against the bill was Minority Leader Juan Ponce Enrile, who said granting the benefit to SSS pensioners could lead to the agency’s bankruptcy.

Mr. Aquino announced his endorsement of the proposed Salary Standardization Law of 2015 at a Malacañang ceremony recognizing the hard work and dedication of government employees.

Mr. Aquino made the pitch at the awarding rites of the 2015 Outstanding Public Officials and Employees Monday, where 30 public servants, including one of his longest serving staff members, were given the highest honors by the Civil Service Commission.

“Because we have a dependable civil service, we now have the courage to suggest to Congress our proposed Salary Standardization Law 4… What we want is to give a reasonable salary to our employees and bring what those in government get closer to that of those in the private sector,” Mr. Aquino said.

The President said he was hoping the bill would be enacted by January next year.

Both houses of Congress have already committed to pass the bill by Dec. 19, according to Budget Secretary Florencio Abad.

Government pay is currently only 55 percent of market rates.

Even if the first salary increase would take effect in January, this will not cover the salaries of Mr. Aquino, Vice President Jejomar Binay, senators and representatives, Abad said.

The salary increase for their positions will take effect after the expiration of their terms.

Abad noted in a press conference that the current monthly salary of the President was just at the same level as that being earned by an operations manager of a consumer manufacturing company, an information technology manager of a business process outsourcing firm, or a project manager of a technology company.

At the adjusted monthly salary of P388,000 by 2019, the President’s pay would be comparable to those of a senior vice president of a financial services company, a business unit head of a consumer manufacturing firm, or an operations head of a pharmaceuticals company, the budget secretary said.

The salary adjustments to be implemented next year have been factored in the P3.002-trillion proposed 2016 national budget, Abad said.

For the succeeding years, the budget secretary said the increases in hiring by the government were seen to be “negligible,” hence the rise in expenditures for personnel services would be slower than the annual budget growth.

In a statement, Abad said the adjustment was based on a joint review of the “compensation and position classification after three years from the last adjustment,” which was on June 1, 2012.

The Department of Budget and Management (DBM) undertook the review with private sector consultants, Towers Watson.

“The bill seeks to increase the basic salary of covered employees on the average by 27 percent, while the 14th month pay will further raise compensation by 8 percent. The enhanced PBB is equivalent to one to two months’ salary or an average 10-percent increase in salary.

Government personnel, who play a greater role and carry a heavier responsibility in improving government performance, will receive a higher bonus, according to Abad.

Abad said there would be no salary overlaps to recognize differences in duties and responsibilities.

The structure of the adjustment should temper the cost of benefits (i.e. GSIS premiums and PhilHealth contributions) and allow for higher take-home pay, especially for those in the lower salary grades, he said.

Abad noted that the majority of civilian employees belong to Salary Grades 1 to 11 and their benefits would be tax exempt because of Republic Act No. 10653, which raised the amount of benefits exempted from tax to P82,000.

Those in Salary Grades 1 to 11 receive the existing tax-exempt 13th month pay, the cash gift, the productivity enhancement incentive, the full 14th month pay and PBB, all of which will be tax exempt.

To attract and retain competent and committed personnel, the new compensation level for all salary grades shall be at least 70 percent of the market rates.

“Higher salaries help attract and retain critical talent. We want to attract the best and brightest managers and executives to join and stay in government,” Abad said.

In the House of Representatives, the chair of the appropriations committee vowed swift action on the measure.

Davao City Rep. Isidro Ungab said the panel would take up within the week the proposed 2015 version of the Salary Standardization Law submitted to Congress by the DBM.

“We can have it approved at the committee level on the same day as when we take it up on Wednesday,” he told reporters.

Senate President Franklin Drilon said the measure was an early Christmas gift to the pensioners who were dependent on the SSS allowance for their monthly expenses.

Sen. Cynthia Villar, who sponsored the bill as chair of the committee on government corporations and public enterprises, said that with the rising cost of living, “it is high time we give our retirees and their families a monthly pension that will allow them to at least live with dignity.”

“We must also consider that many of our retired workers, given their old age, have maintenance medicines and special requirements that add to their daily living expenses. Increasing their pension is the least we could do to reward them for decades of hard work,” Villar added.

According to her, the 5-percent pension increase for retired members in 2014 was inadequate to cover the rising cost of living for the past 18 years.

Data from the National Statistical Coordination Board pegged the monthly poverty threshold for a family of five at P8,022 per month, she said.

“I do not think that the basis for which the SSS was established—that of promoting social justice and providing meaningful protection to its members and their beneficiaries against the hazards of old age, loss of income, among others—is at work,” she said.

But Enrile said the contention that Congress or the state should provide the funds for the SSS was a “poor argument.”

“We are leaving the future generation of Filipinos to suffer just because we want votes at this time, especially during an election year,” he said.   With a report from DJ Yap