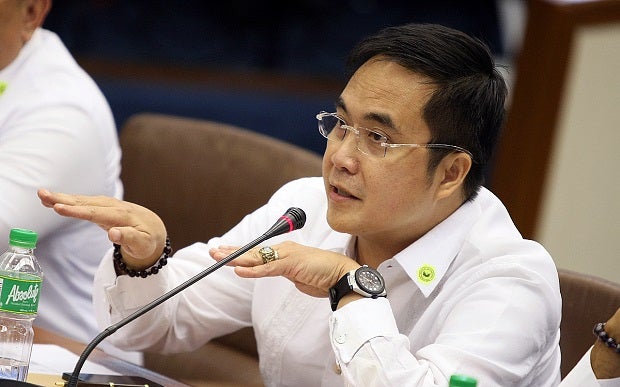 Transportation Secretary Joseph Emilio Abaya played down on Monday the renewed resignation calls by some senators for his alleged failure to address the many problems hounding the Department of Transportation and Communications (DOTC), which he heads.

“Again, sinasabi ko, serving in government is really a privilege not even a right so therefore, pwede namang alisin ‘yan maski anong oras po (it can be taken away any time),” Abaya told reporters at the Senate when sought for a comment on Senator Francis “Chiz” Escudero’s call that he should be fired from his post.

“Again, the privilege to serve the people is there; it continues to be a mere privilege for me,” Abaya added.

(Others say that he doesn’t have a lot of time left as a secretary, so there may be disorder if he resigns. Another consideration is who will replace him… But in saying that we just need endure this just because he has a few months left, it’s like we’re saying it’s just okay. Of course, someone needs to be held responsible.) JE