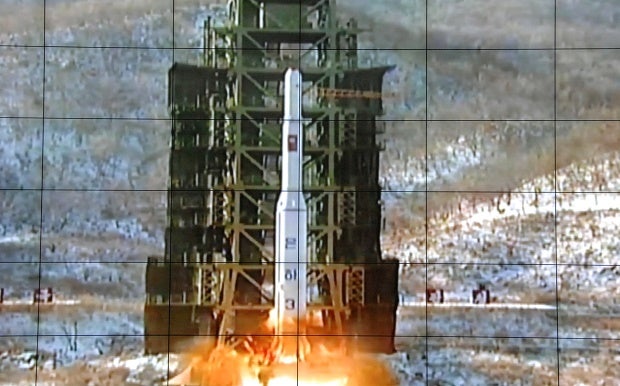 In this Dec. 12, 2012 file photo, a screen at the General Satellite Control and Command Center shows the moment North Korea’s Unha-3 rocket is launched in Pyongyang, AP Photo

Satellite imagery from September 27 and October 25 of the Punggye-ri nuclear test site indicate “no signs that the North is excavating a new tunnel,” the US-Korea Institute at Johns Hopkins Univesity said on its closely-watched website, 38North.

The main observable activity is the construction of a new building at the Main Support Area, it said.

Activity at both the west and south portals of the site has been at a low level, an indication that the North continues to focus largely on tunnel maintenance, it added.

The North has conducted all its three nuclear tests—in 2006, 2009 and 2013—at the Punggye-ri site in the northeastern part of North Korea.

South Korea’s Yonhap news agency, quoting an unidentified government source, said the North was believed to be digging a new tunnel there in what could be a sign that the Stalinist state is preparing for its fourth nuclear test.

Fears had grown that the country might carry out a fresh nuclear test to mark the 70th anniversary of the founding of North Korea’s ruling Workers’ Party on October 10 but none was carried out.