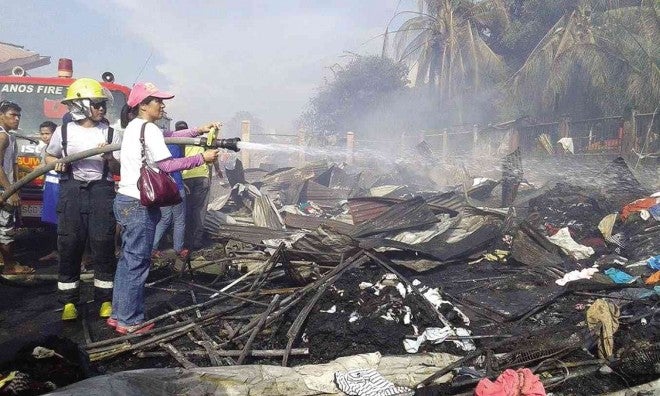 ZAMBOANGA CITY—Mayor Ma. Isabelle Salazar rejected a call for her to remove or suspend officials involved in the operation of the city’s markets in the wake of the Oct. 31 fire in the Magay market that killed 15 people.

These officials, said Mamauag, “must be placed under preventive suspension.”

Salazar, however, said she is taking full responsibility for the deadly fire and is not removing or suspending any of the officials prior to results of an investigation.

“I need the facts,” said the mayor.

“If there are people who died, do we just suspend him (Apolinario) and will this resolve the issue?” Salazar said.

She said as “local chief executive, I will accept accountability” but “we have to look at the accountability of those people (15 victims). Why were they there?” she said.

Apolinario said he was also taking full responsibility for the deaths of the 15 victims. Julie Alipala, Inquirer Mindanao

Read Next
Coal plants seen ending Mindanao outages
EDITORS' PICK
PH preps for China virus: Question of when, not if
Beyond water service: Maynilad builds massive infrastructure projects to clean up Metro Manila waterways
Museums ‘put to sleep,’ churches closed amid volcano’s unrest
Seventh judge assigned to handle De Lima case
SM continues to send relief assistance to remote towns in Batangas
Get exciting deals and discounts when you download the new McDonald’s App
MOST READ
Taal Volcano flexes signs of restiveness anew
Part of Aurora Boulevard in Cubao closed from Jan. 25 – Feb. 1
Passengers from Wuhan, China to be flown out of Kalibo, Aklan – CAAP
Lacson on Duterte’s threat to end VFA over Bato’s canceled visa: Where is the connection?
Don't miss out on the latest news and information.