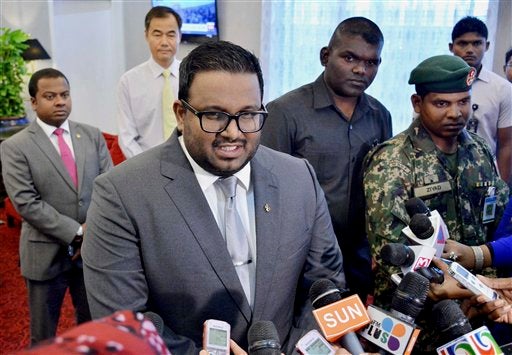 MALE, Maldives — Maldives’ Parliament has voted overwhelmingly to impeach the country’s vice president, who has been accused of plotting to kill the president.

Ahmed Adeeb is the second vice president to be impeached in three months. He has been arrested for allegedly planning to kill President Yameen Abdul Gayoom in an explosion on his speedboat on Sept. 28.

The impeachment motion received 61 votes in favor and none opposed in the 85-member Parliament on Thursday. The main opposition group, the Maldivian Democratic Party, abstained.

The president declared a state of emergency on Wednesday, saying the explosion and subsequent discovery of arms posed a threat to national security. TVJ