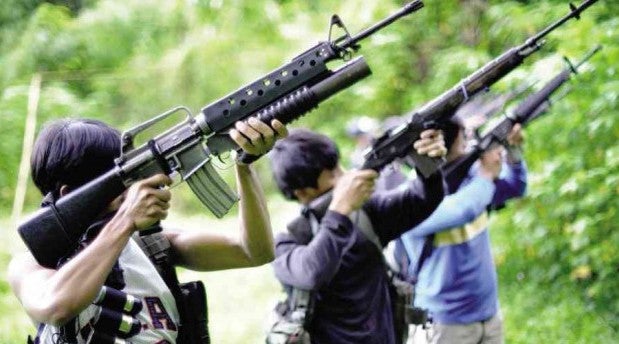 Lt. Col. Ronnie Babac, commander of the 73rd Infantry Battalion, told the Inquirer that none of the members of the 512th Engineering Battalion were harmed during Sunday’s attack that took place in Sitio (sub-village) Albual in Barangay (village) Upper Suyan.

However, Babac said the attack, which also spawned a 20-minute firefight, temporarily delayed the construction of the three-classroom in the said village as clearing operations had to be conducted.

“The engineering team was there to put up a facility donated by Representative Manny Pacquiao for the use of children of the community and it was sad that the NPA (New People’s Army) was trying to jeopardize it,” Babac said.

Maj. Gen. Rafael Valencia, commander of the Army’s 10th Infantry Division, said the school project was a concerted effort and it involved villagers.

“While the local government and the people of Malapatan, Sarangani province and the congressman have felt the need of the people of Barangay Suyan for their children to have legitimate education, the NPA showed its anti-people character by mounting this attack,” Valencia said. RAM