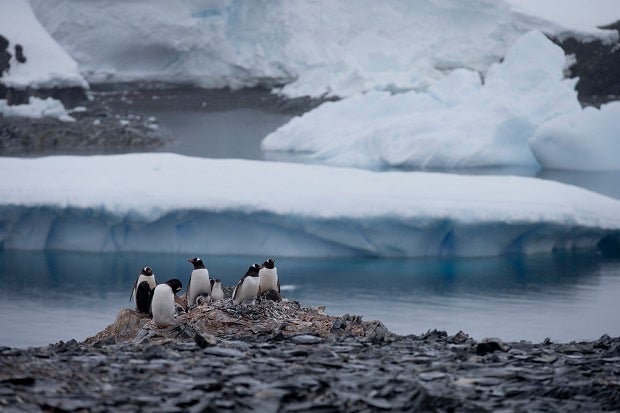 SYDNEY, Australia—Access to fishing was the main stumbling block to agreement on two vast marine reserves in Antarctica, the head of the Australian delegation to international talks said Saturday.

The Commission for the Conservation of Antarctic Marine Living Resources (CCAMLR) wrapped up talks Friday without securing the required consensus on the marine protected areas (MPAs) designed to conserve the pristine wilderness which is home to penguins, seals and whales.

“I think the issues are really about access to fishing,” Australian delegation head Nick Gales told reporters in Hobart.

“It’s a normal kind of tension you have in conserving large areas of the world’s oceans against the interests of countries that wish to be down there fishing.”

Gales welcomed China’s last-minute support for a more than 1.5 million square kilometer (600,000 square mile) marine reserve in the Ross Sea, known as the “Last Ocean” because it is the only intact marine ecosystem left on Earth.

The proposal was ultimately blocked by Russia, while both China and Russia vetoed an Australia, France and European Union-led push for a 1.0 million square kilometre marine protected zone in the East Antarctic coastal region.

Both proposals, which have been modified over the years to allow some fishing and research as long as conservation values are met, have now been shot down five times at the annual CCAMLR meetings, which require consensus from all 24 members countries and the European Union to progress.

“It is disappointing,” Gales said. “But we are hopeful.

“It is a very significant change late in the meeting from China to support the Ross Sea MPA and we do see that as a real opportunity now, in fact a real catalyst, to move towards next year’s meeting with a lot more optimism.”

Environmentalists, who say the Southern Ocean is home to more than 10,000 unique species as well as being critical for scientific research, have criticised CCAMLR’s slow progress, which they say is blocked in part due to geopolitics.

But Gales defended the consensus model, under which all members must agree to a proposal for it to progress, saying it was slower but in the long term a safer and more stable arrangement.

The Antarctic Ocean has increased its absorption of CO2