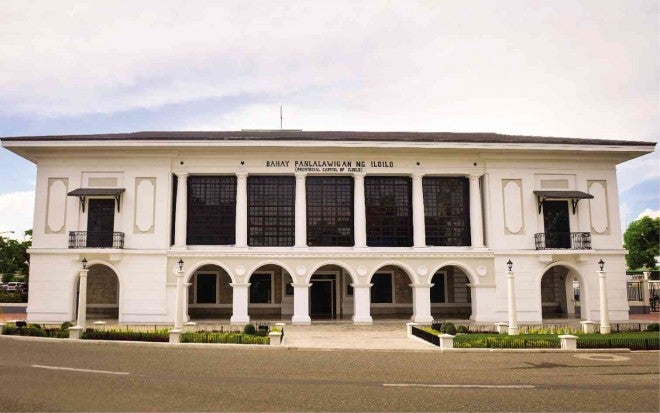 The Casa Real after restoration work; it became the setting for the 36th national conference of the Philippine National Historical Society.
CONTRIBUTED PHOTO

The splendidly restored Casa Real in beautiful and bountiful Iloilo City was the setting for the Philippine National Historical Society’s (PNHS) 36th National Conference on National and Local History, which was supported by the province of Iloilo through Gov. Arthur

Defensor Sr., the National Commission for Culture and the Arts’ Committee on Historical Research, and the Philippine Social Science Council.

More than 200 delegates attended the conference held on Oct. 22-24. The papers presented spanned the historical period from 1593 to 2016, and the whole length of the country was represented, from Vigan to Jolo and Tawi-Tawi, from Puerto Princesa to Tacloban, from the Ifugao in the north to the Maranao and Tausug in Mindanao and Sulu.

Local history featured large. Casa Real and the photographic history of Iloilo opened the sessions; the activities of World War II guerrillas in Laguna were recounted at the end. The influence of the Church through the religious orders, especially the Franciscans and Jesuits, notably in the Visayas and Northern Mindanao, was demonstrated, and the religious and social traditions of the Maranao of Lanao further developed the all-too-small amount of historical research that has been accomplished so far by the Muslims of Mindanao and the far south.

There were moving accounts of World War II, together with a film episode, which showed a maturity in Filipinos’ analysis and observation of Japanese intentions and Filipino reactions at the time of the Japanese Occupation of the Philippines in 1941-1945. These impacted on both those old enough to remember the conditions and those who were not yet born before 1941. Nevertheless, the objectivity of the presentations was commendable.

Although the papers were uniformly excellent, a couple stood out in demonstrating an independent, truly Filipino approach to history that did not simply follow western dictates. Analyn Salvador-Amores scrutinized the import of Commissioner Dean C. Worcester’s recently recovered film of the Igorot of the Cordilleras for Filipino communities and Filipino history, quietly demolishing the narrow colonial approach all too commonly encountered. Clement C. Camposano’s thoughtful theoretical analysis of the notion of nation in the “discordant” writings of Jose Rizal, Andres Bonifacio and Isabelo de los Reyes raised important questions that should lead to reassessments of the roots of the Philippine Revolution and its aftermath, not to mention the country’s idea of nationhood.

Food for thought was provided aplenty, and so were Ilonggo meals and snacks. Despite having been fed continuously throughout the conference with an abundance of refreshment, the proceedings ended with a generous conference dinner hosted by Governor Defensor, and a short program of gracious, spectacular and wonderful costumed dances by Western Visayas State University-College of Pescar’s Irong-Irong Dance Troupe.

Everyone is looking forward to the PNHS’ 75th anniversary meeting, which Greg

Hontiveros, president of the Butuan Heritage Society, will host in Butuan City next October along with Mayor Ferdinand M. Amante Jr. It will be hard to surpass the quality of the papers this year, but it is expected that will happen again in Butuan.

In the meantime, the conference participants overwhelmingly supported plans for the nomination of the “Doctrina Christiana” and the Jawi scripts (many of which have been compiled by historian Samuel K. Tan) to the UN Educational, Scientific and Cultural Organization’s International Register of the Memory of the World.