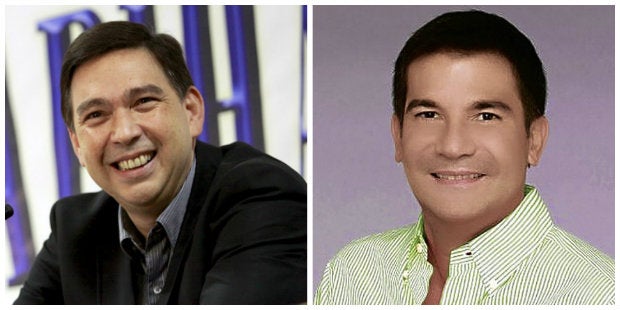 The Recto and Manzano families are coming together for 2016 elections, with TV host and actor Luis Manzano supporting his father and stepfather who are both running for senator in the same slate.

Luis came to Club Filipino yesterday for the unveiling of the senatorial lineup of Grace Poe and Francis Escudero, which includes actor Edu Manzano and Sen. Ralph Recto.

Edu Manzano is Luis’ father, while Recto is his stepfather. Recto, though, was a no-show in the event and sent his son Ryan Christian as his representative.

“Today I have work, but I said I have to be here for my dad, for my stepdad… Family is family, you’ll find a way,” Luis told reporters.

He also said he would try to campaign for his dad and for Recto, as well as for his mother, actress and Batangas Gov. Vilma Santos-Recto, who is running as a district representative.

Recto is a reelectionist senator and is also part of the lineup of the administration party.

Edu Manzano, while a successful show biz personality, is no stranger to politics. He used to be Makati vice mayor and ran for Vice President in 2010.

Luis said his father’s decision to run for the Senate came as a surprise because the family thought he would be seeking another position.