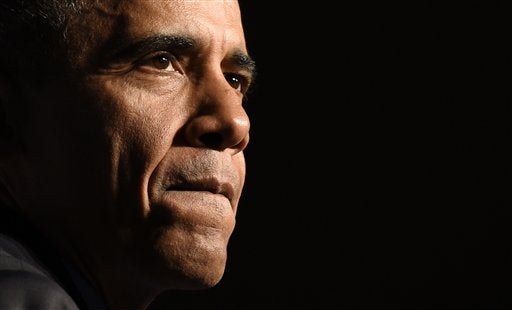 By 2020, one million Americans will learn Chinese, a goal set by United States President Barack Obama to strengthen US-China ties.

“If our countries are going to do more together around the world, then speaking each other’s language, truly understanding each other, is a good place to start,” said Obama at a joint press conference with Chinese President Xi Jinping last month.

There are an estimated 200,000 Americans studying Chinese.

This new “1 Million Strong” initiative, while ambitious, is achievable, said Carola McGiffert, president of non-profit group 100,000 Strong Foundation, which will oversee the project. The challenge would be raising the funds needed to push the project forward.

The strategy, McGiffert said, would be to reach out to American foundations focused on primary and secondary education as well as US and Chinese corporations “looking to build a pipeline of future employees.”

A recent survey by Northern Illinois University showed that a third of employers in northern Illinois are looking to hire bilingual college graduates and about 22 per cent of businesses said Mandarin is the most useful language.

The one million target is attainable, experts point out, because of the immense interest in the language. A study by the Modern Language Association of America shows that at the tertiary level, there was an 18 percent rise in graduate enrolments in Chinese over seven years, reaching 61,055 students in 2013.

A top priority for 100,000 Strong is to develop Chinese curriculum standards that can be used by school systems and teachers in the US and a steering group of experts is being put together to oversee this.

Many schools currently use curricula developed by education consultants “but there are schools that don’t know which curriculum is effective, and it’s a barrier to starting a Chinese language program”, said McGiffert.

The foundation, launched in 2013 to strengthen US-China relations through exchanges and language studies, also hopes to double the number of Chinese language teachers in the US over the next five years.

Through the support of the Chinese government, there are about 500 Chinese language teachers in the US, who teach at the Confucius institutes or Confucius classrooms in schools.

The program is similar to Germany’s Goethe-Institut or France’s Alliance Francaise.

The goal, however, would be to train Americans who have a high proficiency of Mandarin to become teachers, said McGiffert, whose organization is no stranger to lofty goals.

Graduate student Juanique McNeill, 23, who has been on two exchange programs to China, belongs to this rare group of Mandarin speakers in the US. When she first went to Beijing in 2008, she said she spoke no Mandarin. She was also the first in her family to have left the US.

“It wasn’t something I had ever thought of doing, but my adviser encouraged me to go,” said McNeill, who practices Mandarin by chatting with friends in China using messaging and calling app WeChat.

“That first trip influenced me for sure,” said the master’s student in international studies who is focusing on China.

A big supporter of the “1 Million Strong” initiative, McNeill said: “It’s really good for our economy and where we plan on going with foreign relations in the future… if we want strong relations with China, we need people who speak Mandarin.”

China divided over the common language

Chinese to be taught in public high schools