Building back better amid Bohol ruins 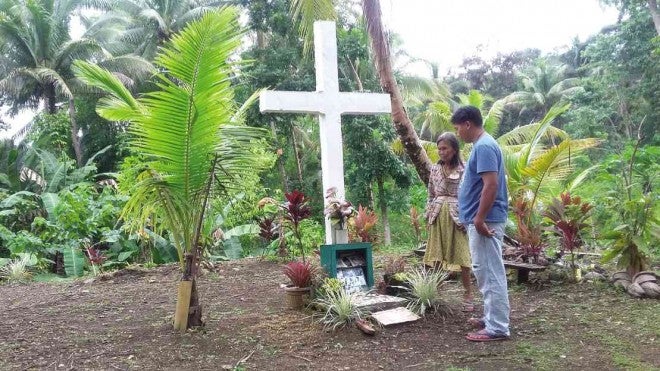 RODEL Barace of Antequera, Bohol province, visits the site where four members of his family died when the ground cracked and swallowed them two years ago.  LEO UDTOHAN

Road trips to tourist spots in Bohol province are now a smooth ride, two years after the devastating earthquake that struck Bohol province, even though the reconstruction of some bridges has yet to be completed.

“Despite what happened, tourists have returned to Bohol because we have much to offer,” said Josephine Remolador-Cabarrus, head of the provincial tourism office. She said it took a lot of efforts to take people in but tourism stakeholders in the province had come together.

Many tourists go to the ruins of the historical churches—25 were destroyed or damaged during the quake. Ten of the structures are considered national heritage.

Parishes have put up alternate churches to continue serving the faithful. Some are raising funds to repair their original houses of worship or their substitutes.

However, some members of the Bohol Arts and Cultural Heritage (BACH) Council have expressed deep concern over the ongoing restoration projects led by the National Historical Commission of the Philippines (NHCP).

Prof. Jose Marianito Luspo, local historian and BACH president, accused the NHCP of mishandling the restoration process and said it could have preserved some original parts left by the quake. He cited the cases of the Our Lady of the Immaculate Conception in Baclayon town which was completed in 1727, and the Our Lady of the Assumption in Dauis town, which was built in 1697.

The portico columns were removed from their actual sites, Luspo said.

The “pediment” of the Holy Trinity Church in Loay town, which was built in 1822, was destroyed and the wooden retablo was exposed to heat and rain. Luspo said hollow blocks were being used as building materials.

“We have not been consulted about how we feel about the whole thing. We are not expert on heritage conservation, but we do have our own ideas how we intent our heritage to be handled, especially with regard to the future,” he said. 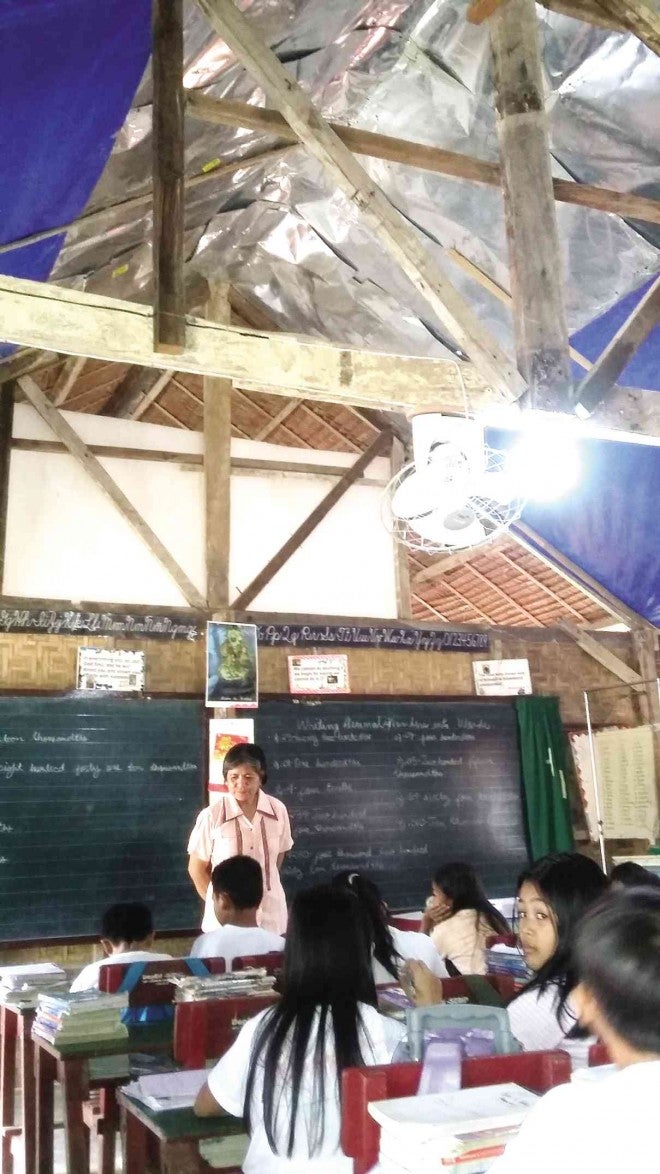 STUDENTS of Obujan-Tagubaas Elementary School in Antequera town attend class in a makeshift classroom made of nipa and “amakan” on the same site where their school stood before it was destroyed by the earthquake.

Last Oct. 15, church bells rang for 33 seconds to commemorate the second anniversary of the earthquake. Bells pealed at 8:12 a.m., the time when the earth shook and killed 222 people, and destroyed or damaged homes, places of worship and public infrastructure.

Mass was held at St. Joseph the Worker Cathedral in Tagbilaran City, officiated by Bishop Leonardo Medroso of the Diocese of Tagbilaran. Some provincial and local officials attended.

Marisa Fuerzas Lapeceros, 43, a resident of Loon, cannot walk due to a spinal injury after a concrete division of their house fell on her on the day of the quake. She was hurt when she used her body to protect her sleeping parents.

Salome Israel, 25, of Tubigon town, did not only lose her house but also her right arm. Two years, she said, is still too short to heal her wounds, but she is trying not to dwell on the past.

Rodel Barace, 29, of Antequera town, lost four members of his family when the ground cracked open and swallowed them. He continues to be haunted by the horrific scenes that fateful morning of Oct. 15, 2013.

“After two years, somehow we are able to move on. However, memories come back during the aftershocks,” he said.

The Barace family put a concrete cross near the huge crack that entombed his loved ones. Their photographs are displayed at the foot of the cross.

Niza Flores, of Sagbayan town, is still grieving over the loss of her youngest son, Geevie, who was inside an Internet cafe when the earthquake struck.  “Somehow the pain is bearable,” she said.

What gave her peace of mind was Pope Francis who met with her and other survivors in Tacloban City, Leyte province, in January.

Psychologist Elaine Joy Auza-Meyers said the mental scars can take decades to fade even if homes and infrastructure are rebuilt.

“While some progress has been made on the aspect of the physical recovery —clearing debris and rebuilding homes—it will take years to fully recover and help survivors cope with the trauma of loss,” Meyers said.

She said continuous psychosocial support must be extended to the survivors by the people around them or by professional health providers.

In his message during the day of prayers and thanksgiving, Gov. Edgar Chatto said, “We commemorate the strongest and biggest earthquake in history that changed the landscape of our province. We have learned lessons from that horrible experience that made us stronger as a people.”

While the recovery is ongoing, there has been progress in the fields of tourism, agriculture and investment, Chatto said. Bohol is still in the process of rebuilding, he said.

Churchgoers observed a minute of silence to pray for those who died while their names were displayed on a white screen inside the church. After the Mass, a photo exhibit was opened at the Bohol Cultural Center.

The exhibit, which runs up to Oct. 27, showcased the interventions of various clusters comprising the Provincial Disaster Risk Reduction and Management Council, and from other government agencies, nongovernment organizations, cultural heritage and civil society groups.

“The stories captured in these photographs will remind us of what happened two years ago and our efforts to build back a better Bohol,” said Ma. Louella Lucino, provincial director of the Department of the Interior and Local Government.

For others, the event was a painful reminder of the loved ones they lost.

“We will always remember them in our hearts,” said Barace.