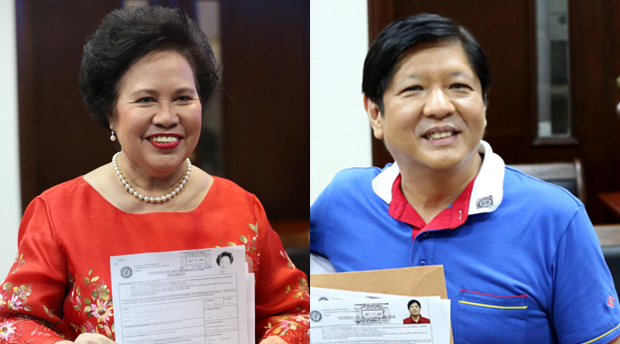 Senator Ferdinand “Bongbong” Marcos Jr., who is running for vice president in next year’s polls, said on Wednesday that talks are ongoing on the possibility of a team up with presidential aspirant Sen. Miriam Defensor-Santiago.

(Our talks are going well because what we are doing is we are forming a loose coalition in our camps.)

Santiago already named Marcos as her running mate last week but it has not been confirmed by the latter.

The feisty Santiago, who has said she has won her bout with cancer, is running for president for the third time.

She was recently challenged to make public her medical records to prove she is fit for presidency, but she refused to heed it, saying it was a violation of privacy.

Marcos said that Santiago is entitled to her right to privacy.

(For me, if she says that she’s able to campaign, that she’s well, then who else will I believe if not Senator Miriam?)